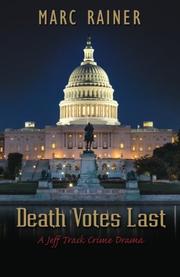 Trask knows the man on the medical examiner’s table in Washington, D.C. He’s an old friend, Sherwin Graves, now a Republican U.S. senator for Georgia, who died when his car ran off the road. There was a bottle of Rohypnol pills in his pocket, which could indicate that he’d been suicidal. His prints are on the bottle, too—but the fact that someone had recently wiped it with a solvent is enough for Trask to suspect murder. A political motive is a possibility: with the U.S. Senate currently split down the middle, one fewer Republican would give the Democrats an edge. Trask, working with Detective Dixon Carter and others, ties two more deaths to the senator before bringing charges against those that he believes to be responsible. At trial, though, Trask faces his share of snags, such as having his boss, Bradley Mantee, who has no courtroom experience, as his second chair. Also, someone’s trying to ensure that a key witness doesn’t make it to the stand, which puts Trask, as a potential obstacle, in peril. Although the protagonist, a “former military guy,” has spent preceding books largely engaged in action scenes, this story places him firmly back in the courtroom. It’s a welcome return, as he shines during jury selection (what he calls “juror elimination”) or while dealing with a judge tossing pertinent evidence. The bad guys are corrupt but still human; the senator’s death, for example, stems from a plan that’s rife with blunders. There are a few other notable supporting characters, including Trask’s FBI analyst wife, Lynn, but the mystery plot remains the true focus. Along the way, Rainer adds charming touches, such as plot-relevant tunes: the Rolling Stones’ 1966 song “Paint it Black” is on the radio at the morgue, and a cynical Trask gets Aerosmith’s 2000 song “Jaded” in his head.

HENRY PASH AND THE BOTZEC REVOLUTION
by Prateek Goorha
Indie

A Winter of Wolves
by Marc Rainer
Indie

HORNS OF THE DEVIL
by Marc Rainer
Indie