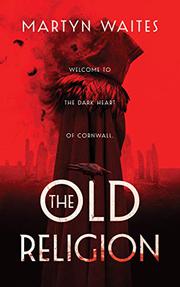 An imperiled runaway brings danger to an ex-cop ensconced in the Witness Protection Program.

In the Cornish village of St. Petroc, on the southwest tip of England, young Kyle Tanner, in a mental fog, is urged into a van by teenage Lila and never seen again. Not long after, Lila’s watching television in a pub with thugs Noah and Kai when she sees an interview with Kyle’s distressed parents about his disappearance—which she hadn't known about—and prudently goes on the run. Meanwhile, Tom Killgannon contemplates what looks like a bleak future. He’s a city boy with a murky past tending bar in a dying pub in a dying village. When Lila walks into his bar, clearly in distress and followed by Noah and Kai, he makes an instant decision to protect her. He can’t really explain why, and it frustrates him when Lila eludes him. When Tom fruitlessly interrogates Noah, he succeeds only in making himself a possible target. He’s unaware that Noah and Kai are under the thumb of Morrigan, a dangerous local criminal. Instead of hiding from Noah and Kai, Lila tries to appease them, but they rope her into a job as a drug dealer. As Tom continues to probe, attacking Kai for news of Lila, Waites (The Woman in Black, 2014, etc.) gradually reveals that Tom’s a former undercover policeman with a new identity. His ignorance of local crime and history endangers not only himself, but others around him, including his new lover, Rachel, and the colorful recluse Pirate John.

THE MERCY SEAT
by Martyn Waites

THE MISSING AND THE DEAD
by Stuart MacBride
Fiction