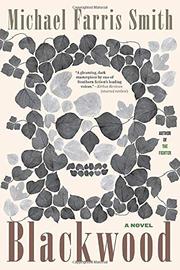 Still bearing psychological scars from his childhood, Colburn, a junkyard sculptor, confronts the traumatic past when he returns to his hometown of Red Bluff, Mississippi.

In 1956, when he was a boy, Colburn's unloving father hung himself—an act the son not only witnessed, but also abetted. Years later, when Colburn was a teenager, he learned from his mother that before his father's death, he had a baby brother who met a horrible fate due to his father's negligence—something that helped explain the suicide and made Colburn feel even more unwanted. In 1975, when Colburn returns to Red Bluff after years away, he is not the only lost soul drawing attention in the now-faded town. A disheveled man, woman, and boy living out of a dead Cadillac are committing strange and desperate acts that the veteran sheriff, Myer, can't begin to figure out. A married man who has obsessed over Celia, owner of the town bar, since grade school is pushed to the edge when she begins a complicated relationship with the taciturn Colburn—whose father, Colburn learns, consorted with Celia's fortunetelling mother. Unsettling, heartbreaking, and frequently astonishing, this Southern gothic never runs out of revelations. No mere metaphor in Smith's hands, the novel's ever present kudzu vines are a malevolent force, "strands of bondage" with the power to disappear people, cars, and entire houses, concealing ghostly caves and tunnels once dug by slaves. Such is the power of Smith's pitch-black poetic vision that the deeper you get into the book, the more entwined you are by its creeping effects. "It's like when something moves in the dark," says Myer. "You can't see it but you know it's there. I wonder if that's where we are."

A gleaming, dark masterpiece by one of Southern fiction's leading voices.