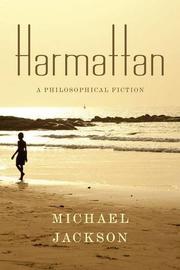 A New Zealand–born philosopher reflects on his years studying an ethnic group in Sierra Leone, weaving in the fictional tale of a young Englishman searching for personal transformation.

Jackson (World Religions/Harvard Divinity School; The Wherewithal of Life: Ethics, Migration and the Question of Wellbeing, 2013, etc.) calls this experimental novella “A Philosophical Fiction,” and he divides it into two distinct sections. The first, “Limitrophes,” is composed of short vignettes about West Africa, where he has spent much time, interspersed with thoughtful but generic observations about the world. His theme is often rebirth. “It’s not always where and when you were born that matters,” writes the author; “it’s where you were reborn—when you were initiated into adulthood and with whom; when you walked away from an arranged or unfulfilling marriage; when you decided to quit a dead end job; when you left your natal village and risked your life crossing the borderlands to the global north….” It’s the fiction in the aftermath from which the book takes its name; a “harmattan” is the hot, dry and dusty wind that covers West Africa in the wintertime, bringing desertlike weather conditions. Into this real-world setting, Jackson introduces a young British student, Tom Lannon, who has come to meet a writer acquaintance, Ezekiel Mansaray. Both men are locked in passionless relationships with women and are seeking genuine experiences. In Tom’s case, he is retracing the path of Scottish explorer Alexander Gordon Laing’s journey from the Sierra Leone coast to the interior, after which Tom plans to write a book juxtaposing his own experiences with that journey from 1822. His journey is ultimately transformative but certainly not in the way he might have imagined. “You see, there are no real gifts in this world!” says Ezekiel. “We pay the price for everything we get. And some of us pay more dearly than others.”

A slim but thoughtful rendering of an exotic locale that recalls The Quiet American.

ZEN AND THE ART OF MOTORCYCLE MAINTENANCE
by Robert M. Pirsig
Nonfiction

THERE WAS A COUNTRY
by Chinua Achebe
Newsletter sign-up