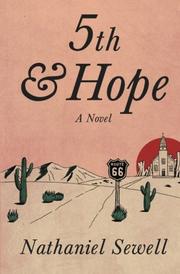 A road-trip novel traces a man’s spiritual journey as he follows the path of his grandparents across the country.

Bobby—a hyperwealthy investor living on the central coast of California with his wife, Rebecca—travels back to his Kentucky home for his mother’s funeral. There, Rebecca discovers the diaries of Bobby’s maternal grandfather, Stephen. Bobby doesn’t want to look at the diaries, but Rebecca begins to read them and discovers the story of how Stephen and his wife, Hazel, met in the late 1920s in Los Angeles, married, and then moved back across the country to be missionaries. Rebecca forces her husband to plan a visit to Los Angeles to see Stephen’s old home, and they pack up Bobby’s vintage 1929 Pierce Arrow to make the drive. There, they meet up with Amy, a young historian, who takes an intense interest in Stephen’s diaries. She comes up with a little tour for Bobby and Rebecca. Bobby, impelled by some unknown inspiration, decides that he and Rebecca must continue to retrace his grandfather’s trek across Route 66 and hires Amy to be their guide. They follow Stephen’s travels through the American Southwest, the Midwest, and finally to Kentucky, finishing at his chapel. The trip engages Bobby in a way he never thought possible, making him rethink his faith and behavior. But it also dredges up some painful memories and occasionally the worse side of his personality—the so-called “Evil Bob.” Sewell (Fishing for Light, 2013, etc.) adeptly builds a makeshift family out of Bobby, Rebecca, and Amy, each with his or her own foibles and strengths, and the three characters have a pleasing development throughout the story. The decision to portray Bobby as obscenely wealthy delivers contrasts for the narrative and easy money for the trip but also makes an already somewhat unlikable character difficult to relate to. In addition, the dialogue does not always ring true, especially with younger characters, who sometimes spout millennial clichés. Plotwise, the odyssey relies on a feeling of personal connection to the past that can be hard to universalize; the author is sometimes able to make this feeling vivid while other moments fall flat.

A cross-country trip through Americana with small delights throughout and a few bumps in the road.