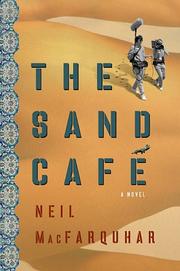 MacFarquhar transitions from newsprint to novels with a satiric debut depicting reporters during the first Gulf War.

New York Times Cairo bureau chief MacFarquhar no doubt knows his stuff, but a tin ear for dialogue and reliance on a tired love triangle make for a read that’s at times as dry as its desert setting. As a foreign correspondent for the World Press wire service, Angus Dalziel finds himself digging for news in Saudi Arabia at the start of Desert Storm. Between his typically tight-lipped military sources and his controversy-shy Saudi hosts, however, solid bylines are a tough thing to come by. It’s good, then, that the lovely Thea Makdisi is around to distract him. An up-and-coming Cable Broadcast Network correspondent (who bears more than a passing resemblance to CNN’s Christiane Amanpour), Thea has most of the male press corps all hot and bothered, including Angus and the infamously roguish television producer Aaron Black. Love, betrayal and hurt feelings ensue as Ms. Makdisi hops between beds, eventually tossing over moon-eyed Angus for Black. MacFarquhar gets in some good digs—most at the expense of his TV news counterparts—but he never gets truly, deliciously vicious. The fact that his protagonist is a world-class drip doesn’t much help matters, nor does the stilted dialogue, with characters spouting out background and expository info as if they were reading from a social-studies textbook. MacFarquhar does quite well when describing the daily tribulations of a war reporter, but unfortunately, he’s too often more interested in his characters’ limp love lives. His story gets going toward the end as Angus sneaks out to the front for a dramatic scoop, but this bit, while a delight, can’t make up for the pages that precede it.

A case of too little, too late.

SECRETS FROM THE PAST
by Barbara Taylor Bradford
Newsletter sign-up