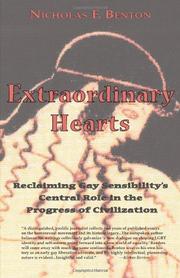 A distinguished, prolific journalist collects two years of published essays on the homosexual movement and its historic legacy.

Benton’s long-running article series “The Gay Science Papers” appeared online and in print in the metropolitan Washington, D.C., media from October 2010 to September 2012, two years that proved particularly pivotal for the gay community. The book is meant to be both a supplement to the Falls Church News-Press global affairs column he’d been penning since 1997 and a truer translation of the term “gay,” as opposed to Friedrich Nietzsche’s use of the term in his 1882 tome The Gay Science—of which Benton is “not a fan.” The outspoken author believes his writings collectively galvanize “a new dialogue on shaping LGBT identity and self-esteem going forward into a new world of equality.” Readers will come away with much the same sentiment. Throughout the text, Benton weaves in his own personal history as an early gay liberation advocate, and his highly intellectual, pioneering nature is evident from the opening sections, where he challenges preconceived assumptions of gay culture as an entity comprised solely of “radical hedonistic dominance.” The essays paint a wonderfully multifaceted portrait of the gay community, incorporating unique concepts like “gay sensibility” and “sensual perspective” into a dialogue that becomes more adventurous as the collection progresses. Some of the more moving pieces find Benton intelligently assessing the genesis of the LGBTQ population through conversations between Tennessee Williams and William Burroughs, or opining about how AIDS has reshaped both homo- and heterosexual cultures, and what the future holds for equal rights and marriage privileges for the LGBTQ community. Benton bolsters his ideology with liberal references to many influential, trailblazing gay writers and entertainers like Larry Kramer, Andrew Holleran, Walt Whitman and Randy Shilts—not to mention contemporary role models like Ricky Martin and Johnny Weir. His opinions on the paradigm of the homosexual “closet,” the Stonewall riots, and the devastation wrought by AIDS and hate crimes are insightful and valid, reiterating how significantly those topics have contributed to the richly diversified cultural fabric of gay history in America.

Though occasionally rambling or repetitious, this fulfilling collection will certainly edify, enlighten and entertain.