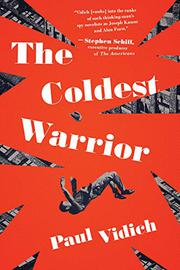 In 1953, Dr. Charles Wilson either jumped or fell from a window of the Hotel Harrington. In 1975, at a Senate hearing, it was publicly revealed that he had been subjected to a CIA experiment involving LSD, but the fact that he had been a CIA employee and the details of his work for the agency went undiscovered. Internal records of the death were missing, and the director, himself unaware of the actual circumstances of Wilson's death, asks Jack Gabriel to investigate and report the real story if he can. Gabriel knew Wilson and that he worked in the germ warfare laboratories, and from that starting point he begins to explore the questions surrounding Wilson's death. As he works, potential witnesses die "accidentally," avenues of inquiry dry up, and a substantial coverup becomes apparent. Then an anonymous source offers a few tips, and Gabriel begins to understand the true extent of the CIA's crime: They murdered one of their own. There remain questions, though, and in the process of trying to assess who and why, Gabriel's own life becomes perilous. Overall, the novel's pace is a little slow and the plot one-dimensional, but the characters of Gabriel and his family and of Wilson's surviving family are vivid and sympathetic. Vidich (The Good Assassin, 2017, etc.) acknowledges that his novel is based on the story of Frank Olson, who "fell or jumped" from a New York City hotel room in November 1953, and fidelity to historical fact may account for the pace and plotting. But this fidelity also reveals a shameful instance of postwar conduct and the arrogance of the powerful.

A worthwhile thriller and a valuable exposé.