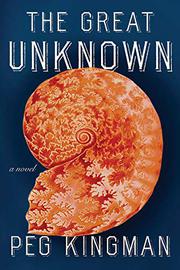 Set in 1840s Scotland among homegrown intellectuals and science enthusiasts, this novel follows a young mother as she attempts to uncover the unsettling mysteries of her parentage.

When Constantia Stevenson agrees to become a wet nurse for the precocious Chambers family, she does so under an unspoken condition: that no one may press her about her pseudonym. She's known to the Chambers family as Mrs. MacAdam, "a name assumed out of discretion, for her husband's sake," as the savvy Chambers matriarch explains. Good-natured curiosity bubbles around Constantia, and she nurses her own infant, Livia, and the Chambers' son, Charlie, against a familial backdrop of scientific discovery, heated debate, and progressive politics. The household and its guests are soon enthralled by the publication of the controversial new book Vestiges of the Natural History of Creation, a proto–On the Origin of Species. Vestiges suggests, rather shockingly, "that everything...had come into existence through the uninterrupted operation of natural law." Stout creationists spar with the scientifically inclined at the dinner table, and even the gardener ponders natural selection as he regards his peach trees and rose bushes. As Constantia is drawn further into motherhood and family life with the Chambers, she is also overtaken with memories of her own childhood in India, where she was raised by a daring and reckless single mother. Kingman (Original Sins, 2010, etc.) deftly weaves Constantia's uncertain past with the political and scientific mores of her present, allowing questions of origin and design, motherhood and family, home and empire, to inform and play off one another. While it takes some time for the plot to reveal itself, the novel at last gives in to the conventions of chance and coincidence that make fiction work—albeit not without character commentary on the nature of "remarkable coincidences...and accidental discoveries!" This richly observed novel of ideas will delight fans of A.S. Byatt's Possession and Penelope Fitzgerald's The Blue Flower alike.