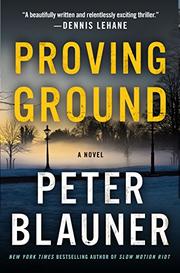 The murder of a liberal lawyer in Brooklyn puts his Iraq War veteran son and two detectives on a collision course in this complex, character-rich tale.

The victim, David Dresden, was suing the FBI in connection with the rendition of a Muslim-American mailman who was tortured and imprisoned for five years based on the false claims of a fellow Muslim worker. Detective Lourdes Robles, trying to redeem herself after a public-relation mess her partner instigated, catches the case with the almost-retired, almost mystical Detective Kevin Sullivan. The crime scene looks wrong, and suspicion falls on the FBI. Then it falls on Dresden’s son, Nathaniel, who was practicing law in Florida but returned to New York just before the murder and is facing imprisonment for severely beating a fireman—which he doesn't remember doing, having blacked out. The complications mount when David’s law partner, Ben Grimaldi, a father figure to Nathaniel, seems to have won too many cases in which unfriendly witnesses were killed. Blauner (Slipping into Darkness, 2006, etc.) gives his characters a lot of room to move and grow. Lourdes is forced to recall her father’s betrayals as she tries to prove herself in the largely male world of the NYPD. Nathaniel struggles with unresolved friction and guilt regarding his father and doesn’t relish challenging the paternal-surrogate side of Ben. Meanwhile, he frequently suffers from PTSD’s dark memories, especially the accidental killing of a boy during his two tours in Iraq. His eventual confrontation with the child’s father, who has immigrated to New Jersey, is a remarkable scene and one that gives a compelling twist to the father-child and sin-redemption themes—only to be one-upped by a doozy of a twist in the murder plot.

A top-notch crime novel that avoids easy resolutions and is all the better for its unanswered questions.

MAN OF THE HOUR
by Peter Blauner
Fiction

THE INTRUDER
by Peter Blauner
Fiction

THE BONFIRE OF THE VANITIES
by Tom Wolfe
Newsletter sign-up