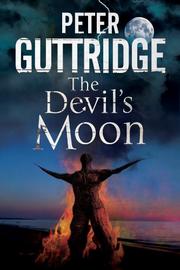 Brighton, England, is home to a number of offbeat religions, including a group of devil worshipers.

Sarah Gilchrist has been recently reinstated and promoted after a spot of trouble. While Sarah and Kate Simpson, a radio producer who landed her flatmate in the soup when she killed a man with Sarah’s weapon, are recovering from a bout of food poisoning they picked up at Brighton’s premier natural foods restaurant, they become fascinated by the burning of a Wicker Man figure on the beach. The remains of a body are found inside the wicker statue, and a local vicar has vanished, leaving behind a room filled with mystical artifacts he presumably hoped would shield him from the devil. In the meantime, disgraced ex–Chief Constable Bob Watts, whose brief relationship with Sarah put paid to his marriage, is cleaning out his late father’s home. His father was a well-known novelist whose friends included not only Ian Fleming, but several occult writers who inscribed their books with cryptic messages to him. On a visit to Colin Pearson, one of these authors, Watts learns about Saddlescombe Farm, the estate where Pearson lives with his odd wife, Avril. At one time, Saddlescombe was held by the Knights Templar, and it’s still widely believed to contain some of their well-hidden secrets. The plot is thickened by several rare manuscripts that have recently been stolen, a painting called The Devil’s Altar and a sudden surge in activity related to the Old Religion. Sarah’s effort to untangle all this strange criminal behavior is enhanced by her erudite new constable, and they soon cross paths with Watts as he tries to uncover the secrets of his father’s hidden past.

Guttridge’s fourth dispatch from Brighton features many of the same characters as the first three (The Thing Itself, 2012, etc.) but is more cerebral and slower paced. In its own different way, however, it’s just as literate and exciting.

THE LADY OF THE LAKE
by Peter Guttridge
Mystery

SWIMMING WITH THE DEAD
by Peter Guttridge
Mystery

THOSE WHO FEEL NOTHING
by Peter Guttridge
Mystery

THE THING ITSELF
by Peter Guttridge
Mystery

THE LAST KING OF BRIGHTON
by Peter Guttridge
Mystery

I LOVE MY SMITH AND WESSON
by David Bowker
Fiction

NOT IN THE FLESH
by Ruth Rendell
Fiction