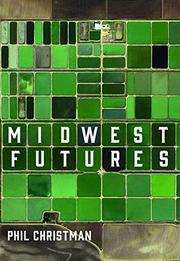 According to Christman (English/Univ. of Michigan), everything you think you know about the Midwest is wrong. It isn’t as flat as you think, nor as normal and nice. It isn’t as white, or as boring, and it isn’t as hopeless as its Rust Belt corrosion would seem to indicate. The boundaries of this multistate region are also murky, described with an “antiquated nickname that stuck.” As the author notes, the name “Middle West” was initially used to describe Tennessee. In fact, there is no universal agreement on any single state as Midwestern, though Illinois comes closest in consensus. (Even there, those in Chicago tend to consider themselves Chicagoans rather than Midwesterners.) Christman assembles the narrative to resemble a grid, an organization of “six rows containing six prose ‘plats,’ each approximately 1,000 words long.” Within this orderly construction, there is plenty of disorder, or at least ambiguity, as the author surveys the territory along historical, political, moral, and economic lines. He looks at the Jeffersonian era of the first survey, when the area was the Western frontier, and the transformations wrought by the railroad (and the Underground Railroad), automobile, assembly line, and labor movement. Christman’s text is pointed and often very funny as he ponders a subject that has been hiding in plain sight: “The Midwest is, in fact, constantly written about, often in a way that weirdly disclaims the possibility that it has ever been written about before,” as writers describe with wonder their “discovery” of great museums, restaurants, literature, and deep cultural resources. Though much of the tone is dark and acerbic, the author finds glimmers of hope in the region as “a moral frontier,” where Americans might best face the considerable challenges of capitalism and climate change.

A provocative analysis. You’ll never think of Peoria in the same way again.