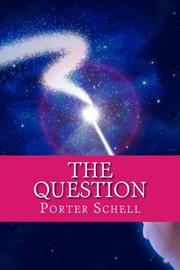 Schell (Woody, 2016, etc.) tells another tale set in Stonyville, West Virginia, in the second book of his Folksong Suite series.

Ennis Diehl, 13 and gifted, has already skipped three grades, and folks in his hometown of Stonyville expect him to become a doctor. He looks forward to leaving his rural birthplace, if only to escape his tempestuous mother, the acclaimed singer Molly Evangeline, and his mentally disabled 16-year-old brother, Mickey. He inherited his quick wit from his complicated mom, and he’s fiercely protective of his sibling, but his relationships with both can be suffocating: Molly’s exacting standards cause constant domestic strife, and Mickey’s adoration and dependence make him feel like “Mickey the manacle.” These dynamics come to a head when a dispute over a catch during a baseball game leads Ennis to bet that Mickey can beat Stonyville’s athletic champion, Quinn Whelan, in a foot race. Mickey wins, but he collapses from heat stroke afterward, setting off a new battle between Ennis and his mother, and later, a humiliated Quinn gets unwittingly drawn into con artists’ plans to kidnap the Diehl children for ransom. Along the way, Ennis takes solace in spending time with his relatively calm father, Mark Diehl, and his girlfriend, Inga Sandersen; Molly prepares to relaunch her singing career after years out of the spotlight; and Mickey experiences adult responsibilities in a garden-center job and adult desire when he develops a crush. The fictional setting of Stonyville in Schell’s second series installment remains a vivid creation, filled with memorable characters and complex socio-economic dynamics. The conflict between Molly and Ennis is particularly well-drawn, rendering a mother-son battle as a wrenching, believable clash of troubled souls. But although Schell’s lyrical, if occasionally impenetrable, prose style served him well in his previous novel, it’s less suitable for the omniscient, third-person point of view here, as the characters’ voices often sound too similar. For example, when the theatrical Molly says something grandiose, it fits her character, but it feels out of place when 13-year-old Ennis says things such as, “It’s the season of sensibility, summer, so many of us gathering to toast the music of life.” The book’s ending is also too abrupt. Overall, though, this remains a moving account of a family navigating change as time marches on.

An often colorful and emotional read, particularly for those who enjoyed the author’s previous work.

THE NIX
by Nathan Hill
Fiction

THE HEART IS A LONELY HUNTER
by Carson McCullers
Fiction