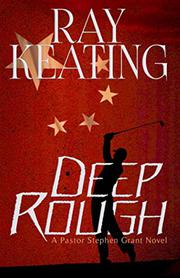 In this 11th installment of a thriller series, a combat-trained pastor helps protect a Chinese golfer and his cleric father.

Xin Chen is a talented golfer currently on his first PGA Tour and admirably representing his home country of China. But some in the Chinese government are upset that he told the American media about the “hostility” his father, Ho Chen, has faced as a Lutheran pastor. Police officers later arrest Ho at his Shanghai church. Believing Xin is now in danger, United States President Adam Links recommends that CDM International Strategies and Security, a team run by former CIA operative (and his secret fiancee) Paige Caldwell, protect the golfer. Shockingly, Chinese Ministry of State Security agents target and critically wound Xin’s friend and caddy, Les Donaldson. As no one at CDM knows much about golf, Paige enlists pastor Stephen Grant, an old CIA pal, as Xin’s new caddy and bodyguard. Chinese President Bo Liang already has Xin in his sights but now has further incentive, as two decades ago, Stephen and Paige were part of a CIA operation in Taipei that killed the leader’s half brother. While Paige wants to send CDM members to China to extract Ho from prison, covert MSS teams in America become assassins aimed at Stephen, Xin, and any loved ones in their proximity. As in preceding volumes, this book is jam-packed with characters, most of whom are returning players. Keating (Shifting Sands, 2018, etc.) proficiently manages them along with appealing new faces, such as the Chens and Donaldson. Correspondingly, there are intimidating foes, including MSS officer Kang Wu, who survived the Taipei mission and is just as tenacious as Liang. But while the author churns out his typically tight, enjoyable action sequences, stretches of the narrative center on golfers in the field. These brisk scenes are never tedious, but they probably won’t attract new fans to the sport. Nevertheless, when the action does hit, it’s exhilarating, and Stephen proves once again he’s as capable in fights as he is in quieter times of prayer and worship.

A fast-paced, exuberant outing for the virtuoso clergyman and his numerous comrades.