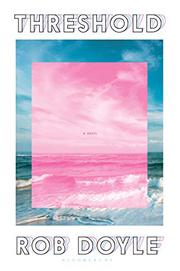 “For my purposes, a novel is simply a long chunk of prose in which whatever is said to have happened may or may not have actually happened, even if the author doesn’t bother to change his own name.” So, now that we’ve got that straight, we can plunge into the experiences of “Rob Doyle” during a 20-year-long Wanderjahr. Irish autofictionist Doyle’s (This Is the Ritual, 2017, etc.) third book is a series of vignettes set in Sicily, Paris, Berlin, and beyond, framed by a series of letters to a friend, a woman also writing a book. His Geoff Dyer–esque lack of delusion about himself and his quest makes his report reliably refreshing. In Sicily, surrounded by beautiful women, he is so undone by sexual frustration that he finds relief at the farmers market. “I had the sense, eating those olives that were so plump and juicy that the eating of them was a rapturous, almost a sexual, experience, that I had never really eaten olives before, that the puny, meagre, olive-shaped things I’d bought in jars in Ireland were not so much olives as insults to olives, shameful betrayals of the olive experience.” In Kashmir, he isolates himself on a houseboat in order to scientifically study the effects of ketamine. “I imagined I was conducting important research at the limits of consciousness, but I see now I was just getting fucked up on a boat.” In Berlin, he dances all night at an immense sex club where “every freak in Europe had apparently converged.” As necessary as eating or laughing, dancing gives him “access to a state of unselfconsciousness. There was always someone older or younger, nakeder or weirder than you….” So is he writing “the great backpacker dropout novel” or “the great Berlin techno novel? he wonders. Whatever it is, it provides one of the wildest experiences you can have without regrets or hangovers.

If you long for your misspent youth—or didn't have one—here you go.