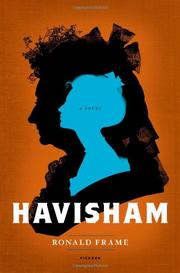 Frame (The Lantern Bearers, 2001, etc.) writes the story of Catherine Havisham, recluse of Satis House, in this prelude to Charles Dickens' Great Expectations.

Despite her mother’s death in childbirth, the Great Expectations of Miss Havisham come naturally. Her father, owner of a prosperous brewery, spoils her beyond measure. Then, as Catherine matures, he dispatches her to Durley Chase, home of Lady Chadwyck and her children Isabella, William, Marianna and cousin Frederick. The Chadwycks are to add the social polish necessary for Catherine to marry well. There, Catherine has eyes for William but soon learns that titled folk do not marry merchants' daughters. She then meets Charles Compeyson, charming, enigmatic, vaguely roguish. Class prejudices aside, the Chadwycks attempt to dissuade Catherine from Compeyson, but she is enthralled, even ignoring Chadwyck cousin Frederick, thinking him overly religious, awkward and unambitious despite his shy admiration for her. Then her father dies. Catherine allows Compeyson to run the brewery. He soon proposes then leaves her at the altar. Frame’s chapters are short, written from Catherine’s point of view, and laced with elements of classical poetry and song. Aeneas, Tom O’Bedlam and Henry Purcell deepen a narrative appealing to the modern ear yet suitably Dickensian. Subplots follow Sally, a village girl who becomes Catherine’s childhood companion, and Arthur, Catherine’s wastrel half brother. The book ripples with social commentary, an example being Catherine’s attempt to manage the brewery only to be stymied by gender prejudice and her own obstinacy. Finally, she closes the brewery. Catherine then adopts Estella, intending revenge on the masculine world—"all of the genus who conceitedly, smugly supposed that they were indispensable to a woman’s personal completeness, her felicity." Minor characters, Pip included, strengthen the story, and Frame’s presentation of the era is substantial but not overdone. Young Catherine’s character earns little empathy, and any sympathy for the recluse of Satis House certain that "true life is too awesome and terrifying to bear" can only be conjured up as her death looms.

THE GOLDFINCH
by Donna Tartt
Fiction

THE FLAMETHROWERS
by Rachel Kushner
Fiction

THE SON
by Philipo Meyer
Fiction

In Ronald Frame’s Havisham, foreboding assumes a special darkness. In an early example, a brewer’s daughter regards the spinsters at their Kentish church: “Those who had failed in love were left with a kind of purposeless animation: restless hands fidgeting with gloves and prayerbooks, tremulous mouths and little lambs’ tongues ...

THE CUTTHROAT
by Clive Cussler
Fiction