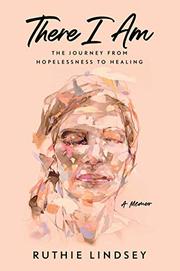 The Journey From Hopelessness to Healing: A Memoir
by Ruthie Lindsey
BUY NOW FROM
AMAZON
BARNES & NOBLE
LOCAL BOOKSELLER
GET WEEKLY BOOK RECOMMENDATIONS:

A speaker and podcast host chronicles her excruciating battles with chronic pain—and the inability of doctors to properly address it.

In the first few chapters of her debut, Unspoken host Lindsey explores her childhood and adolescence as part of a loving Christian family in Louisiana. Though largely undramatic, her experiences are interesting enough to keep the pages turning. She stood apart from her peers in several ways: her stature (at 13, she was “six feet tall and barely a hundred pounds”), determination to remain celibate until marriage, abstinence from alcohol and drugs, and massive popularity at school, where her father was a well-loved principal. The chief attraction of the opening chapters derives from the author’s pleasing sentences, evocative of carefree youth. During her senior year in high school, she was in a serious car accident. Though her passenger and the person driving the other vehicle emerged mostly unscathed, Lindsey suffered a crushed spleen as well as a broken neck and ribs that punctured her lungs. At the hospital, doctors estimated a 5% chance of survival and 1% chance of walking again. But the author overcame the odds after spinal surgery. Less than a year later, she graduated on time and left home for college. However, both the physical and psychological pain were relentless—and amply described by Lindsey, which sometimes makes for difficult reading. After years of pain management suggested by physicians, pharmacists, dear friends, and always compassionate family members, the author finally learned the primary medical reason for the unrelenting pain. But the apparent corrective barely helped. For the remainder of the memoir, consistently readable and inspirational, Lindsey keeps readers in suspense about whether she will be able to fully enjoy her life. At the end, the author addresses readers directly and asks them to focus on healing what is broken in their own lives.

Illness memoirs from noncelebrities often get lost in the stacks. This one deserves greater attention.