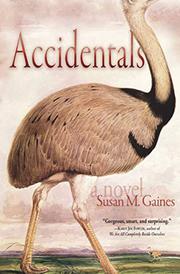 A son explores his family’s complicated past and the natural beauty and history of Uruguay, their homeland.

Gabriel doesn’t understand why, after more than 30 years in California, his mother wants to move back to her native Uruguay. Her father died and left her a ranch, or estancia, that she wants to turn into an organic farm, and she wants Gabriel to come with her. Gabriel doesn’t want to disrupt his routine. He has a boring job that pays well, and he likes to go bird-watching. Accompanying his mother to Uruguay is supposed to be temporary. He’ll be there long enough to help her get the estancia on its feet. However, he soon finds himself drawn in by the family members he doesn’t know, the beauty of the land, and a local biologist named Alejandra, who’s looking for undiscovered microbes near the family’s land. The longer Gabriel stays in Uruguay the more he’s drawn into the family’s squabbles over what to do with the land—follow his uncle’s plans to build a large rice plantation and sell into European markets or help his mother achieve her dream of growing organic produce for the local communities? The possible discovery of a new bird species on the family land brings Gabriel and Alejandra closer together and lays the groundwork for their burgeoning relationship. Gaines’ novel is deeply researched, and the reader will walk away with an understanding of not only Uruguay’s repressive regimes and the people killed by the government, but also biomes, bird preservation, rice cultivation, agricultural markets in South America, and more. The author loves Uruguay and desperately wants the reader to feel her same affection for the history, flora, fauna, politics, culture, and the people. Ultimately, her quest to make the reader care for Uruguay gets in the way of the storytelling.

A noble attempt to unpack Uruguay’s complexities and one family’s navigation of politics, American meddling, and each other.

THE TREE OF RED STARS
by Tessa Bridal
Newsletter sign-up