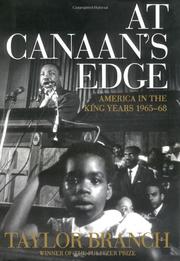 By 1965, scarcely a decade after he had begun working for it, King had become the voice and face of the civil-rights struggle. Yet, writes Branch, in that year, King, who was arrested and beaten by southern deputies in Selma, Ala., where the movement saw perhaps its finest hour, “willed himself from the pinnacle of acclaim straight to ‘the valley’ of a new campaign to seek voting rights for black people.” King’s leadership was remarkable for many reasons, including his insistence on nonviolence, following the model of Mahatma Gandhi. That insistence would isolate King from other black leaders, and he “would grow ever more lonely in his conviction that the [nonviolent] movement offered superior leadership discipline for the whole country” in a time of rapidly escalating violence at home and abroad. King’s tragic counterpart in these years would be Lyndon Johnson, whose efforts to move the promises of the Voting Rights Act and Great Society programs forward ground to a halt in the mud and blood of Vietnam; so weary was the Cabinet, warned one White House counselor, that “they are beyond asking the hard questions now.” The hard questions were coming from the likes of J. Edgar Hoover, who had made a special project of King; under Hoover’s direction, FBI agents “were scrambling to fashion a more productive line of attack on him” than that of the pre-Selma days, attempting to recast him as a philandering communist, and possibly an embezzler besides. The ploy did not work, but King faced an array of enemies. As Branch writes at the close of this always moving book, King foresaw that, delivering his famed Promised Land speech with its “thunderclap ending of little more than one hundred words” only hours before being assassinated in Memphis.

A hallmark, essential to an understanding of the civil-rights movement, Dr. King and 20th-century America.

A SPY IN CANAAN
by Marc Perrusquia
Nonfiction

THE INVESTIGATOR
by Terry Lenzner
Fiction

DEATH OF A KING
by Tavis Smiley
Nonfiction