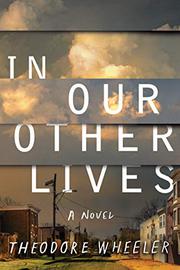 IN OUR OTHER LIVES

The third book from Wheeler (Kings of Broken Things, 2017, etc.) has the form of a post–9/11 thriller, but it's really a psychological novel: What are the mysteries that surveillance can't lay bare, that sleuthing can't solve or pin down?

It's 2008. Tyler Ahls, a former ROTC cadet and Christian missionary from Wisconsin who disappeared months earlier on the border between Pakistan and Afghanistan, appears in a terrorist propaganda video, startling his sister, Elisabeth Holland, an Omaha nurse. Elisabeth is no stranger to tragedy; three years earlier, her husband abruptly drove away from their Chicago apartment, disappearing without a trace; soon after, their infant son died suddenly. Now, after the propaganda video, FBI Special Agent Frank Schwaller—who, thanks to a Foreign Intelligence Surveillance Act warrant and a resulting mass of surveillance data, knows much, much more than Elisabeth does about both brother and husband—comes to Omaha to see if he can unravel the knot of connections between and among these three. The novel's strength is in its portrait of the stoic, tough, but uncynical Elisabeth. Her coping mechanism through all the trials of her life—overbearing and hyperreligious evangelical Christian parents, a private-college experience curtailed by an injury that took away her athletic scholarship, runaway husband, the shocking death of her child—has been to move briskly along and then shelter in place, not delving too deeply into her own motives or anyone else's. It's not that she's incurious; it's that she knows that investigating the whereabouts or motives of those who've left her will avail her nothing. That attitude makes her a subject of fascination for Schwaller. Other elements of the book don't quite coalesce, and sometimes details, especially those about federal law enforcement and surveillance, don't quite ring true, but Elisabeth fascinates.

A compelling portrait wrapped inside a less compelling international plot.