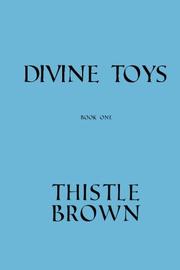 In this first installment of a planned multivolume family saga, Brown (A Taste for Truth, 2012) begins the life story of Harriet Clark, a talented young musician who escapes her hardscrabble Arkansas upbringing for the opportunities and temptations of 1920s Chicago.

At 4 years old, Harriet lives with her abusive stepfather and submissive mother. Her prospects are bleak until, in a rare moment of assertiveness, her mother insists she begin piano lessons. The little girl shows unusual talent, so much that her first teacher wheedles the town’s Episcopal minister, Jed Thorne—once on track to become a concert violinist until he suffered a crippling hand injury—to take her on as a pupil. Jed and his family—his widowed mother and uncle—stimulate Harriet’s musical talent and her intellectual appetites. As she matures and Jed realizes that he too must step aside for a more experienced teacher, he finds her employment with wealthy friends Fred and Lavinia Norwood in Evanston, Ill. Harriet quickly becomes a favorite with the family’s daughters, Ethel and Florence, but her own musical studies are put on hold until funding is provided by other influential Chicagoans, one of whom discovers Harriet’s singing talent is even greater than her skill at the keyboard. But an ill-advised love affair thwarts Harriet’s path to opera stardom. And it’s this affair that finally derails the promise of the novel. The writing isn’t bad: The sentences are varied and assured and the vocabulary extensive, although sometimes a penchant for historical research leads to tedious lists of furniture, descriptions of outfits and minilectures on architecture. The biggest flaw, however, is Harriet herself. She’s simply good at nearly everything: the best piano player, the greatest singer, the most amazing, engaging teacher. She’s even fantastic in bed, despite showing little sign of sexual curiosity until she’s suddenly sleeping with a married man twice her age. It makes the reader realize in retrospect that most of the other characters primarily gush about Harriet’s excellence.

A protagonist too good to be true lessens the appeal of this historical novel.

THE CHAPERONE
by Laura Moriarty
Fiction