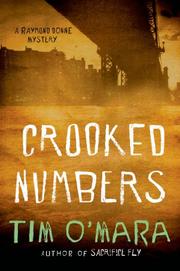 A second case for a soulful Brooklyn schoolteacher who keeps forgetting that he’s no longer a cop.

All the evidence says that Douglas William Lee’s death in the shadow of the Williamsburg Bridge was a gang killing. He was found stabbed 11 times, with marijuana in his sock and the purple and gold beads of the Royal Family gang around his neck. But Dougie wasn’t the kind of boy to associate with gangs, his mother, Gloria, tells Raymond Donne, who taught the boy in middle school before Dougie was accepted to Upper West Academy, a snooty Manhattan private school looking to burnish its diversity credentials. Ray, who’s already gotten in trouble with his uncle Ray, New York’s police chief, over his last involvement in extracurricular homicide (Sacrifice Fly, 2012), reluctantly agrees to ask a few questions and is instantly sorry he did. Detective Dennis Murcer, the cop working the case, indicates that he’s just fine working it alone and wonders, incidentally, why Ray broke up his romance with Ray’s sister, Rachel. Tio, the Royal Family gang leader, makes it clear that he has little patience for outsiders. So does his female counterpart, China. John R. Quinn, the father of Dougie’s Upper West pal Jack, threatens Ray with his lawyer, who just happens to be Dougie’s uncle and namesake. And Allison Rogers, the reporter who’s highly motivated to help Ray dig up the truth and signals that she’d be just as highly motivated for something else, keeps on pulling him back into the investigation even though he keeps promising Uncle Ray to leave it alone. Only Elliot Henry Finch, a classmate of Dougie’s whose Asperger syndrome hasn’t kept him down, is a reliable ally.

The slender mystery won’t keep readers awake all night. But thinking about inner-city kids like Dougie, rescued by double-edged scholarships that threaten to sink them, just might.

THE HOOK
by Tim O'Mara
Mystery

THIS ONE DAY
by K.A. Delaney
Fiction