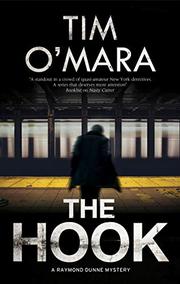 Maurice Joseph was a repeat drug offender who was doing community service work at the Williamsburg school where Donne teaches. But he wasn’t a violent man, and his pregnant wife, drug counselor Lisa Joseph, is certain that he’d been clean. So what was he doing up on the school’s roof, where he’d gone to check his pigeons and his hydroponic garden, with 60 bags of heroin in his pockets and an arrow in his back? Evidence quickly links MoJo to two clients: hedge fund manager David Henderson, who blandly maintains that he’d hired the IT/security expert to find his missing stepson, and white nationalist Duke Lansing, for whom MoJo can’t have been doing anything good. And Lisa’s insistence that MoJo couldn’t possibly have been using is severely undercut by a toxicology report that finds fentanyl-laced heroin in his bloodstream. Telling his frenemy Detective James Royce, who’s already been around the block with Donne more than once (Nasty Cutter, 2017, etc.), that he doesn’t want to get involved this time, Donne is soon insinuating his live-in girlfriend, NYC Here and Now reporter Allison Rogers, onto the crime scene, apologizing for sensitive information she may have let loose, and finding that David Henderson is as big an imposter as he suspected from the get-go. But what about Duke Lansing’s toxic white nationalists? O’Mara daringly closes out MoJo’s murder with a quarter of the tale still to go, building the closing movement around Allison’s abduction—a development that forces Donne to confront the biggest mystery of all: himself.

You can taste every individual ingredient, but they refuse to blend together in a savory stew.