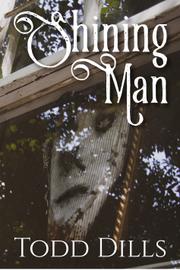 In Dills’ (Triumph of the Ape, 2013, etc.) novel, a man wonders about the meaning of life while investigating his father’s disappearance.

In a prologue, Cash has just quit his job in the pit crew of Turner Bascombe, a famous, South Carolina–born automobile racer: “Reconsideration of life in the circuit…just wasn’t an option after all that had happened,” Cash thinks, and the novel looks back to when he was a fry cook at Henry’s Bar & Grill in North Carolina. One day, he received a vague phone message from a co-worker that his father, Ralph, was dead. He couldn’t believe it, and when he was unable to independently confirm the report, he packed up and drove to Chicago. At his father’s apartment, he found stacks of boxes and a cryptic note: “Son! In these boxes may you locate your ultimate salvation—or you might find nothing at all! Just a bunch of orange vests!” Cash decided to cut the vests into pieces and stitch the reflective bits into a suit. He puts it on and roams the streets, becoming known as “Shining Man”—performance artist and traffic scourge. Soon, a photographer takes pictures of him that end up in a local art gallery. Cash doesn’t find his missing father, but a second cryptic note from a mysterious figure (“Suited Man”) sends him to Birmingham, Alabama. There, he meets Turner Bascombe, who’s speeding down an interstate. He offers Cash a spot on his crew, so he moves to Charlotte, North Carolina, where interpersonal drama threatens to tear the team apart.

Although the central mystery of Cash’s father’s disappearance results in an unsatisfactory payoff, it ably serves its purpose as a narrative engine, turning the novel into an enjoyable picaresque as Cash undertakes an interstate adventure. The protagonist is meditative and eloquent but also a little dopey at times; at one point, he ruminates on his reflective suit in a manner that may have readers scratching their heads: “’twas a quest for light that, ultimately, given the task’s clear physicality, its mindful mindlessness, blinded me to the possibility of knowledge, of candor, truth.” Cash styles himself a modern-day Henry David Thoreau, but he likes beer more than he does inquiry into life’s true essence. Indeed, his musings often feel like the nonsensical near profundities of a pickled philosopher—but this isn’t always a bad thing. Dills shows himself to be a terrific writer of revelry, and he engagingly depicts camaraderie among fellow artists and among low-wage workers—particularly bartenders and kitchen staff. Cash’s capacities for drink and introspection also don’t go unappreciated by others: “You have lived the lives that men lead, quiet desperation, man,” says Carl, a literary magazine editor. “Fucking Thoreau, dude. You’re the mass of men.” In the novel’s final act, the author highlights Cash’s paranoia as he uncovers the true identity of “Suited Man” and begins to piece together another ugly truth about a terrible accident at the racetrack that may not have been an accident after all.

An often endearing book about an ongoing search for meaning.