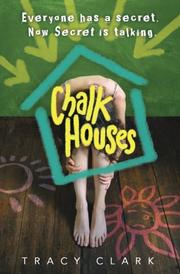 A Nevada teenager learns more about herself and her mother when she begins confronting the secrets in her life in this YA novel.

Talon Alvarado’s mother, Lisa, had her when she was 16. Talon doesn’t know her father’s identity; Lisa refuses to talk about him or her past. When the teen gets an email from “Aunt T.” offering to answer any questions she has, Talon is at first suspicious. But Aunt T. gives proof of her relationship, and Talon at last begins learning more, such as the brutal beatings her grandfather inflicted on her grandmother. Talon opens up, telling Aunt T. that she has three ambitions: win an essay contest for a summer writing program; get a college degree that will allow her to help neglected kids; and end up nothing like her mother. Meanwhile, Talon’s desire for warmth and closeness makes her vulnerable to a bad crowd and a jerk boyfriend, putting her in danger of sabotaging her future. Talon is also increasingly worried about young Gabby, her duplex neighbor, who’s suffering neglect—and perhaps worse. A few good friendships help keep Talon centered, but several events bring explosive emotions forward: Lisa’s ex-boyfriend Gary, who sexually abused Talon, appears on the scene; Gabby is threatened; and Lisa has a health crisis. Talon is led to re-examine her understanding of family, forgiveness, and hope. Clark (Mirage, 2017, etc.) evokes a damaged teenage girl’s viewpoint with sensitivity, providing many poignant, illustrative scenarios. For example, Talon used to visit a Realtor’s model home and trail behind a visiting family for hours, “pretending she lived there with her real family” until getting caught. At times, the heartstring-tugging can feel manipulative. In an essay about putting herself to bed as a child, for example, Talon writes: “Laugh if you want, but I even kissed myself on the back of my hand before I sank into sleep with a kiss on my lips and a lullaby in my ears.” It’s also unlikely that the real Aunt T., who lacks education and isn’t a reader, would write with the facility shown in her emails.

A somewhat overwrought tale that skillfully represents its heroine.