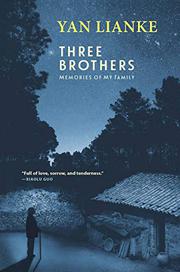 A memoir of the difficult lives of the author’s family members, who eked out a bare subsistence during the Chinese Cultural Revolution (1966-1976).

Out of a sense of guilt toward his relatives, who toiled raising young families during the revolution and endured no end of hardship in their poor village, Yan (The Day the Sun Died, 2018, etc.), a winner of the Franz Kafka Prize, addresses the rarely acknowledged sacrifices they made as well as how their lives inspired him and his generation to leave their rural homes and try to find greater opportunity in the city. Yan was the youngest in a big family growing up in Henan Province, breaking up “ginger stones” alongside his beloved father to fashion the tile-roofed house that would serve as his brothers’ bridal “mansions.” The author barely got a middle school education. With a sick sister whose care required all of the family’s earnings, there was nothing but toil and poverty, and Yan watched his father grow increasingly frail from chronic asthma. All the while, he dreamed of leaving and becoming a writer, and he followed his father’s brother to work in the city at a cement factory. His experiences in the city, Yan was sure, would make for a happy life, and he set about writing after his long shifts at the factory. Eventually, the author joined the army to get away from the poverty and monotony that his relatives endured. Throughout the book, Yan depicts his provincial relatives with enormous heart and respect, acknowledging their sacrifices in a dark yet poignant meditation on grief and death. “The elderly have no choice but to take a first step on behalf of the next generation,” he writes. “Then they go to the next world and lie down there, calmly waiting for their children to follow in their footsteps and be reunited with them.”

A memoir steeped in metaphor and ultimately tremendously moving.

THE DAY THE SUN DIED
by Yan Lianke
Fiction

SERVE THE PEOPLE!
by Yan Lianke

THE DAY THE SUN DIED
by Yan Lianke
Fiction

THE VALLEY OF THE FALLEN
by Carlos Rojas
Fiction