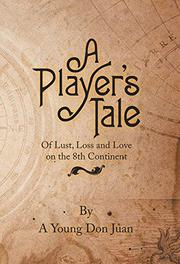 A debut memoir chronicles the sexual coming-of-age of an early-21st-century playboy.

In his book, the author uses the pseudonym A Young Don Juan in order “to make my story universal” and to intensively explore the impact that sex had on his youth. After a cerebral introduction, the fun begins as Don Juan smoothly moves into the details of his childhood “pre-erection days” with first crushes and female acts of coddling that translated into a “Freudian sense of sex” for him. An adolescent of divorced parents, the author satisfied his voyeuristic urges by spying on his aunt undressing and perusing Playboy magazines. But when it came time to make contact with the opposite sex, pessimism about his looks dampened any enthusiasm. Eventually, Don Juan’s outlook changed by age 15 when a girl named Christine captivated him and then broke his heart. After losing his virginity in a massage parlor, he felt his testosterone surge, and his college years found him searching “for connection through sex like a dog looking for companionship in the trees he marks.” Traveling abroad opened his eyes to enthralling cultures where desire was openly expressed. During these trips, the author formed his own impressions about the people, places, and cultural differences he encountered as well as reflecting on the nature of human desire, the complexities of liaisons with married women, and the raw power of an “over-ripe libido.” At 18, Don Juan was told by a sexually satisfied nanny that he “had the makings of becoming a great lover,” a confidence booster that led to further erotic dalliances, from Manhattan to Paris to Thailand. Love temporarily broke up the libidinous episodes, but he soon rebounded with riskier sexual escapades in places like bathroom stalls and apartment stoops. The author’s writing is regal, intelligent, social media contemporary, and provocative without becoming raunchy. Still, the prose can sometimes be too precious and gilded for the raw extremes of the subject matter, which eventually runs out of steam. But not before Don Juan recounts that he finally realized it was “time to grow up” and his intriguing ruminations turn inward toward the spiritual and mystical. Readers who enjoy erotic accounts written from a unique, cleverly intuitive perspective and spiced with a pungent, feverish hedonism will be pleased to discover the heady material blossoming in the pages of this candid memoir.

A provocative and entrancing autobiography that’s both titillating and authentic.