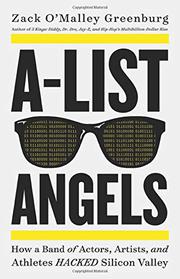 The Forbes senior editor of media and entertainment takes a look at modern show business–based entrepreneurship.

Hollywood has always had its business-minded celebrities: Think of Fess Parker, who bought up vast swaths of Southern California real estate, or Roy Rogers, who built a restaurant chain in his name. The new breed, writes Greenburg, is likelier to invest in intangibles and speculative tech-based ventures. One to whom he pays particular attention is Ashton Kutcher, who built a considerable fortune playing film characters such as, fittingly enough, Steve Jobs and starring in one of the most popular series on TV, earning him the highest salary in the business. With a partner, Kutcher founded an investment fund worth $30 million in 2010 that soon grew to more than $250 million. The author credits him with doing his own homework and following an investment philosophy: “look for companies solving a real problem…and consider unglamorous sectors.” It’s a philosophy that other celebrities, from Shaquille O’Neal to Jennifer Lopez and a small army of hip-hop stars, have taken to following. Examples include investment in a Los Angeles–based “company that makes companies,” software that rounds up purchases and invests the change in index funds, and a “Fitbit for cows” that tracks a bovine critter’s reproductive health and other issues. Having celebrity spokespeople and investors helps, but the companies Greenburg profiles are absolutely on track in solving real problems, even if they are sometimes real problems that most of us don’t have—e.g., how to snag a seat on a charter jet in the same way an earthbound traveler summons a rideshare driver. Though at heart his book is an extended magazine article, there’s plenty of interest here, especially when the author looks at inventive philanthropy such as Matt Damon’s Water.org, which brings plumbing to poor communities but also works “to create venture funds that generate low single-digit returns by giving cheap microloans.”