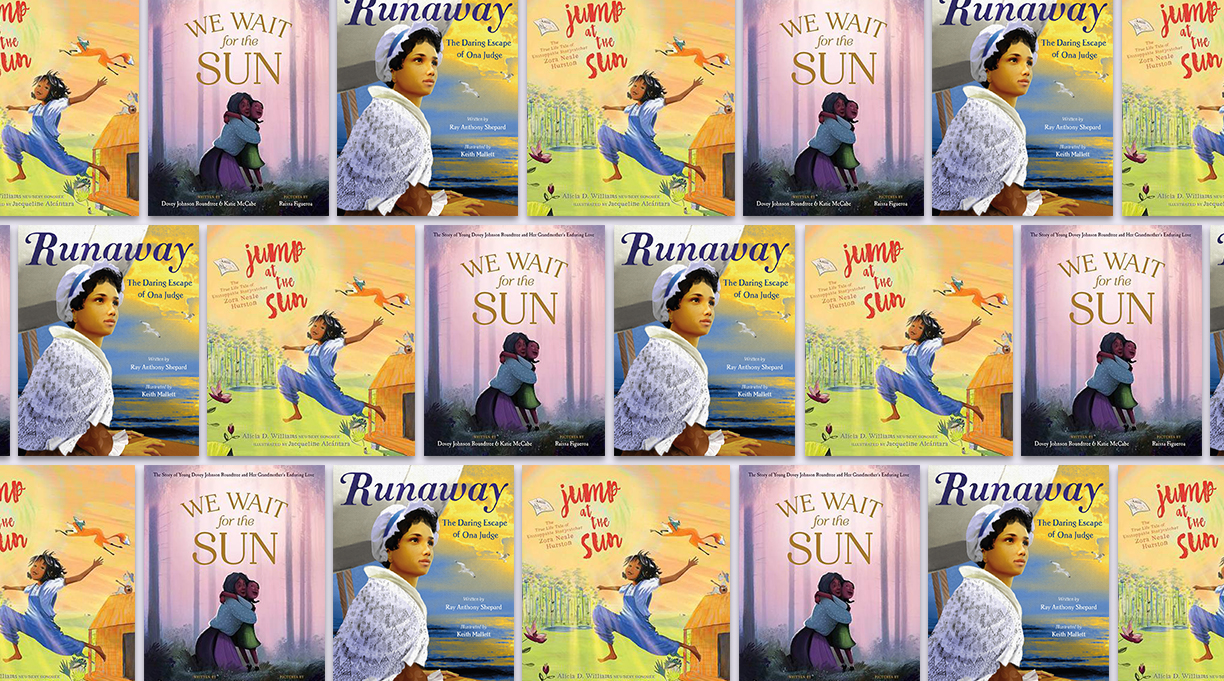 Sojourner Truth may not have known the word intersectionality in 1851, as Kimberlé Williams Crenshaw wouldn’t coin it for another 138 years, but she lived it, standing as a Black woman before the 1851 Women’s Rights Convention in Akron, Ohio. It is a matter of some debate whether the legendary abolitionist actually said, “Ain’t I a woman?” in her speech, but the words ring in my ears every year about this time as I work on our annual Black History Month and Women’s History Month picture-book roundups. Poised as they are next to each other in February and March, respectively, these observances spawn a clutch of new picture books about Black women every year. And every year they prompted the editorial question of which month to highlight them in.

The answer came to me a few years back: Of course. Highlight them in both months. So, as we stand in the latter half of February looking out at March, I’m pleased to celebrate some great picture books about Black women that deserve at least two months in the spotlight.

The late civil and children’s rights attorney and activist Dovey Johnson Roundtree (1914-2018) collaborated with co-author Katie McCabe on her memoir for adults, Mighty Justice. With We Wait for the Sun (Roaring Brook, Feb. 9), McCabe adapts a cherished memory from Roundtree’s childhood in Jim Crow North Carolina: berry-picking in the predawn hush with her grandmother. Illustrator Raissa Figueroa captures stunning gradations in the light as dusky purples are overtaken by the brilliant gold of sunrise. The warmth of the relationship is palpable: As our reviewer writes, “At a time when domestic terrorism against African Americans was rampant, here was a relationship in which a young Black girl felt safe.”

Ona Judge’s story has been told before, most recently for adults in Erica Armstrong Dunbar’s Never Caught (adapted for middle-grade readers with Kathleen Van Cleve as Never Caught, the Story of Ona Judge). Author Ray Anthony Shepard and illustrator Keith Mallett encourage picture-book readers and listeners to consider why the young enslaved woman chose the life of a Runaway (Farrar, Straus and Giroux, Jan. 5). After all, running away meant leaving the relative privilege of life as Martha Washington’s seamstress. But “fine dresses [and] soft shoes” don’t mean much when your life isn’t your own, and Mallett’s paintings of a downcast Ona make that clear. Readers finally see her smile as she sails north to freedom, imagining her future.

Alicia D. Williams infuses Jump at the Sun (Caitlyn Dlouhy/Atheneum, Jan. 12), her account of the life of Zora Neale Hurston, with the joyful spirit of an oral storyteller; readers will hear her tale long after the book is closed. Jacqueline Alcántara matches the text’s sense of play with her illustrations, incorporating into almost every spread characters from the African American folk stories that Hurston treasured. A trumpet-playing dog sticks his head out of a flower on one page as Hurston regales fellow members of the Harlem Renaissance with tales from back home; a vain white alligator lolls next to a glass of tea as Hurston listens to an elder tell her another.

These books deserve 12 months of sharing, so even after Black History Month and Women’s History month recede, don’t just shelve them. But you might also want to queue up Julie Leung and Julie Kwon’s The Fearless Flights of Hazel Ying Lee (Little, Brown, Feb. 2) and Traci Sorell and Natasha Donovan’s Classified (Millbrook/Lerner, March 2) right next to them—these stories of the first Chinese American woman to fly for the U.S. Air Force and Cherokee aerospace engineer Mary Golda Ross will extend your intersectional explorations.