An Interview with Alex Hiam 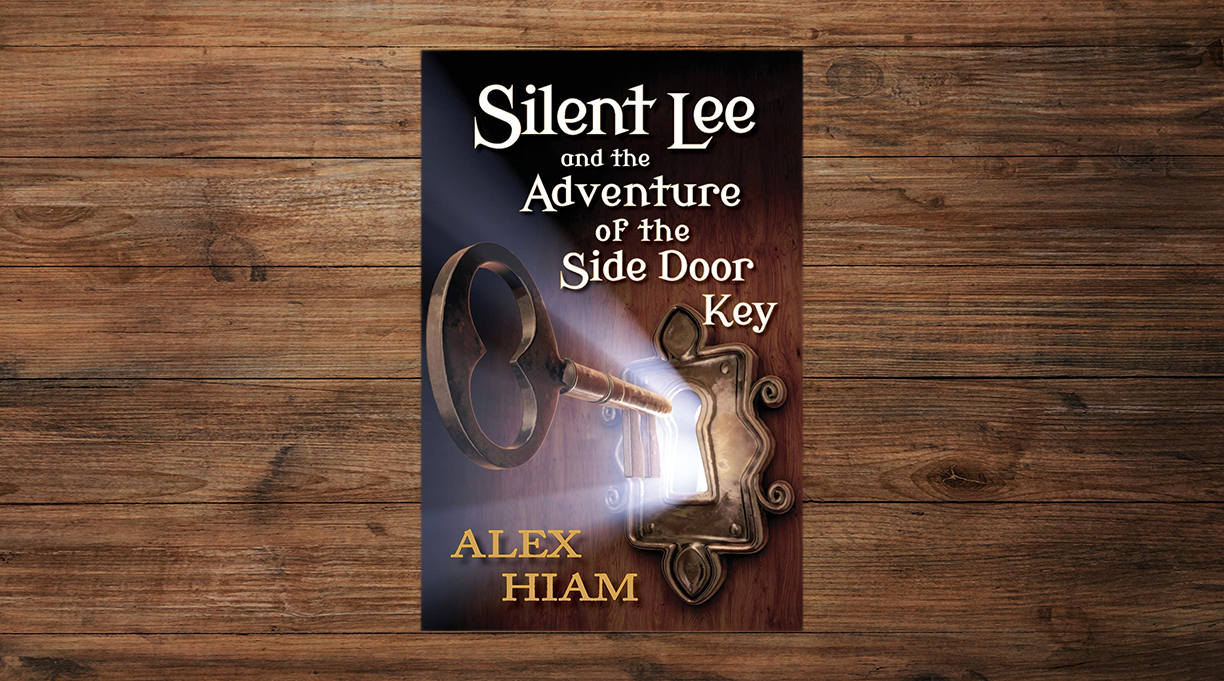 When veteran author Alex Hiam set out to create the magical “side-door” world for his characters in Silent Lee and the Adventure of the Side Door Key, he knew he wanted to reflect magic the way he envisioned it. “If you have magic, it’s highly creative,” he says, comparing using magic to professions like writing, visual arts, and dancing. That type of creativity leads to an “openness to experience,” or an acceptance of others.

He also wanted the world based on a tangible place that had meaning to him: Boston, where his father’s family is from. But unlike modern Boston—which Hiam, who now lives in Amherst, Massachusetts, describes as remaining fairly segregated—the magical Boston of a hundred years in the past draws on Hiam’s years as a student at Harvard to create a far more diverse, integrated city. “I put my favorite parts of Boston into that side-door world,” Hiam states, “which includes the idea of a society that’s much more open-minded.” The openness in his worldbuilding means that characters like Silent “Sie” Lee, a talented teenage magician, and Raahi, Sie’s bookish and talkative neighbor, fit in without question.

In the novel, Sie has been forced out of the home she shared with her Aunt Gen, who had sent her to school in the magical Boston of the past through a side door in Gen’s old house. After Gen’s death, however, Sie’s mother, who works for the CIA, shunts Sie off to some distant cousins, who give her only minimal space in their attic and promptly forget that she exists. When Sie gets a message from Aunt Gen—who may not be dead after all—it’s only with Raahi’s help that she can unravel the mystery and find a way to get her life back. Kirkus Reviews calls Sie “intelligent and resourceful” and recommends the novel “for readers who want a female-centric Harry Potter story.”

Because Sie has been locked out of the side-door world, much of the story takes place in modern Boston, where people aren’t quite so accepting. At one point, a school secretary comments on Sie’s last name, expecting her to “be Korean or Chinese with a name like that.” Later, a security guard stops short of asking Raahi and Sie about their parents because they don’t look alike. Raahi is originally from India, and Sie’s…

coffee-with-cream complexion reflected the “mysterious Lees,” as Auntie liked to put it (they had a wide variety of interesting and far-flung ancestors from Morocco all the way north to Denmark and Greenland). Her hair was dark brown and wavy—kinky in the humid summer months—and she imagined he had noticed that her physical appearance was a mix of African and other traits. Most people did.

Through Sie’s eyes, Hiam includes social commentary about loud, uncaring relatives but also about strangers who judge first based on appearance. The reader’s view of the modern world is filtered through Sie’s preference for a magical world a hundred years earlier yet far more progressive in accepting women and people of color. “Partly that’s because some of them would have been very powerful,” Hiam points out. “The women who campaigned for the vote were very powerful, of course. But if you gave them sorcery, too, I think they might have gotten it done quicker.”

The adventure isn’t all social commentary; there’s plenty of action, narrow escapes, and run-ins with mysterious spies who may or may not be working with the CIA. The mix of mystery—a genre much loved by Hiam, who grew up on old-fashioned British mysteries—with fantasy/adventure allows for some exciting reveals as the story progresses.

Hiam also has a delightful time with acronyms: Sie’s magical girls’ school is the Girls’ Academy of Latin and Alchemy (GALA), while the boys’ equivalent is the Boys’ Academy of Alchemy and Magic (BAAM). In one pivotal scene, an antagonist rattles off several offenses, all with appropriately funny acronyms, leading to a humorous triumph for the heroes.

But the plot holds together primarily because of the story’s two likable protagonists: Sie and Raahi, who is partly based on Hiam as a child and partly on two former neighbor children from India. Like Hiam, who grew up with dyslexia, Raahi struggles in school. His vision is so poor that he’s nearly blind, and he must wear incredibly thick glasses but doesn’t have the straight A’s he thinks would justify his appearance. “I had a very rich internal world,” Hiam describes, explaining his own similarities to Raahi. Like the character, Hiam “read a lot at home, perhaps not fast, but way above my level because I was very intellectually curious. I collected books.”

Aside from the comparisons to his own childhood, Hiam drew on a conversation he recalled with one of the young neighbors. “She really didn’t like how every Indian kid in TV sitcoms was brilliant,” Hiam recalls. “It’s murder when you go to school when you’re young and you have a hard time with reading…and you have the stereotype that you should be a genius. It made me want to very firmly not just re-create some stereotype.”

Creating realistic characters, despite the magic they use, is something Hiam strives toward. “I want Sie and Raahi to feel like real people that kids can identify with,” he says. “I try to get to know them better as I write.” Part of that is filling their world with relationships that matter: Raahi has a close relationship with his mother, which Hiam expects to explore further, and Sie is deeply connected to her Aunt Gen.

Several times in the story, Hiam uses descriptions of food, or the rituals surrounding having tea together, to reveal moments of closeness. “This is actually some of our world’s magic, the making and sharing of a wonderful meal, the scents that come from it, the look of it,” Hiam describes. He recalls with fondness times in his childhood when his great grandmother would invite him and his siblings into her house for tea. Perhaps appropriately, Hiam entered his great grandmother’s house through her side door.

As for the magical side-door world, readers can learn more about it in Hiam’s forthcoming book, Silent Lee and the Oxford Adventure.