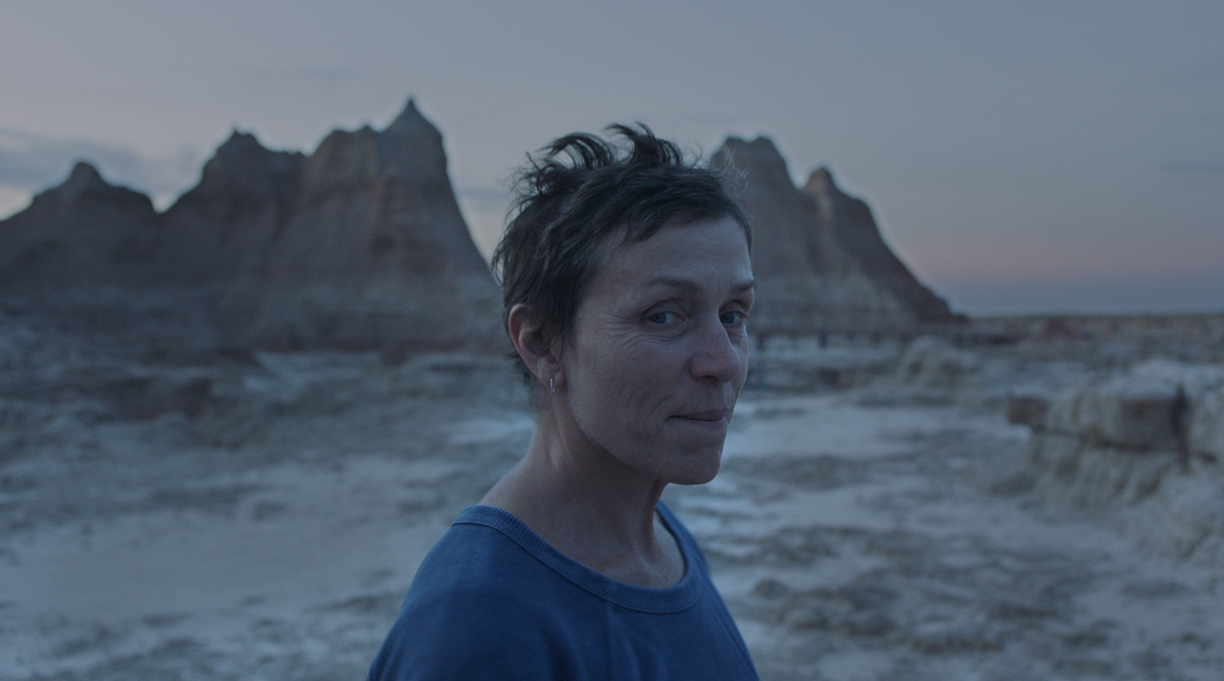 The Film Independent Spirit Awards nominations were announced this morning, and five book-to-screen adaptations, including Nomadland and First Cow, received 13 nods across a range of categories. The awards recognize the work of actors and filmmakers who work outside the major studio system. A video announcement featured actor/director Olivia Wilde; filmmaker Barry Jenkins, who’s currently working on an upcoming Amazon Prime Video miniseries of Colson Whitehead’s acclaimed novel, The Underground Railroad; and Laverne Cox, who first achieved fame for her Emmy-nominated role on the Netflix series Orange Is the New Black, which was loosely based on Piper Kerman’s 2010 memoir.

Nomadland, based on Jessica Bruder’s Kirkus-starred 2017 nonfiction book, Nomadland: Surviving America in the Twenty-First Century, received five nominations: Best Feature, Best Director and Best Editing for Chloé Zhao, Best Female Lead for Frances McDormand, and Best Cinematography. The film focuses on people who live out of their vehicles and travel for seasonal employment; it features some nonprofessional actors, including Linda May, who appears in Bruder’s book.

First Cow was nominated in three categories: Best Feature, Best Director for Kelly Reichardt, and Best Supporting Male for Orion Lee. The film, set in the early 19th century, is very loosely based on Jonathan Raymond’s 2004 novel The Half-Life; it focuses on the story of Cookie Figowitz, a cook, and his fugitive friend, King Lu (played by Lee), as they undertake a dangerous entrepreneurial venture in the wilds of Oregon.

The Emmy Award–winning Netflix miniseries Unorthodox, based on the 2012 nonfiction book Unorthodox: The Scandalous Rejection of My Hasidic Roots by Deborah Feldman, also received three nominations: Best New Scripted Series, Best Female Performance in a New Scripted Series for Shira Haas, and Best Male Performance in a New Scripted Series for Amit Rahav. The show tells the story of a young married woman who flees her strict Orthodox Jewish community in Brooklyn, New York, for Berlin, Germany, pursued by her husband. It premiered on the streaming service last March.

Adarsh Gourav received a nomination for Best Male Lead for his performance in The White Tiger, a film based on Aravind Adiga’s Man Booker Prize-winning 2008 novel about an Indian driver who’s driven to murder. The movie premiered on Netflix on Jan. 22. (Here’s Kirkus’ in-depth column comparing the book and film.)

Valerie Mahaffey is among the nominees for Best Supporting Female for her role in French Exit, a film based on Patrick deWitt’s 2018 novel about a formerly wealthy Manhattan woman who moves to Paris with her son; deWitt adapted his own novel for the movie, which stars Michelle Pfeiffer and Lucas Hedges and is currently set for theatrical release on Feb. 12.

The Film Independent Spirit Awards ceremony will be broadcast on IFC on April 22.