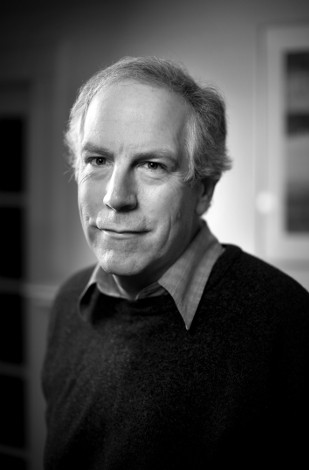 By the spring of 1844, Joseph Smith had accomplished much in his 38 years. He was the founder and prophet of the Mormon faith, he had 25,000 followers, including 10,000 in Nauvoo, Ill., and he was the city’s mayor, judge, theologian, minister and militiaman.

Smith’s self-proclaimed story of finding and translating the golden tablets upon which God inscribed the Book of Mormon—a fantastical tale of two tribes of Israel warring for a millennium on American soil that included a cameo appearance by Jesus Christ—was the foundation of a growing denomination, but that spring, he was reinventing the church’s beliefs and practices faster than his members could absorb in what would be the last months of his life.

“The last 12 to 16 months of Joseph Smith’s life are manic and frenzied,” says author Alex Beam, a longtime columnist for the Boston Globe, whose new book recounts the last days of Smith’s life in American Crucifixion: The Murder of Joseph Smith and the Fate of the Mormon Church. “His actions are kind of unchained. He sealed [i.e., married] himself to a lot of women—a lot of young women and a lot of married women.”

Smith instituted baptism of the dead. He incorporated the ritualism and secrecy of the Masons into the church’s hierarchy. He spoke of plural gods and—more privately and with equal controversy—of plural marriage.

Smith considered himself a national figure and took insult when foreign nations declined to have diplomatic relations with his church. At the time of his death, Smith was running for president of the United States as the candidate of the National Reform Party in 1844. The presidency, as he saw it, was part of a plan to establish a world government to prepare for the second coming of Christ.

“Smith was an important historical figure because he was a successful historical figure,” Beam says. “Whether he spoke to God, or not, or whether he received and translated a new, Judeo-Christian Bible or not is beside the point. He convinced people that he did. And those people convinced other people, and now there are 14 million [Mormons] worldwide.”

Joseph Smith was a quintessentially American figure at a formative time in the nation’s history. He was a spiritual leader during the Protestant revival known as the Second Great Awakening. His church would soon move hundreds of miles to Great Salt Lake during America’s great westward expansion. He was grandiloquent and ambitious at a time when the nation was beginning to see itself in grandiloquent, ambitious terms.

“It was a dramatic story, an extremely violent story, a religious story with—let’s face it—a sexual overlay,” Beam says. “Smith was killed in large measure because of his controversial teachings about sex and marriage.”

Smith’s undoing was polygamy; he is reputed to have had as many as 50 wives, and two leaders of the mob that killed him said he had proposed marriage to their wives.

Beam’s two previous books—Gracefully Insane: Life and Death Inside America’s Premier Hospital, a history of mental health treatment via a history of McLean Hospital, where James Taylor, Ray Charles and Sylvia Plath were patients, and A Great Idea at the Time: The Rise, Fall, and Curious Afterlife of the Great Books, a history of the Great Books of Western Civilization series that was wildly popular in the 1950s and ‘60s—are also offbeat American histories.

Beam, who is not Mormon, says he sought to write a fair, even-handed account of Smith’s murder by a mob of his own followers. He researched both Mormon and non-Mormon historical sources.

Scott Porch is an attorney and writer in Savannah, Georgia. He writes frequently about books for Kirkus Reviews, Salon.com, and Huffington Post, and he is writing a book about social upheaval in the 1960s and '70s.