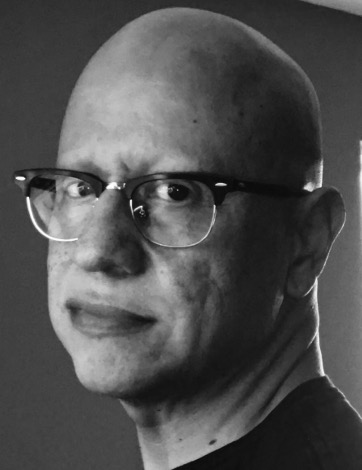 Alex Espinoza is best known for his fiction, which has appeared in the likes of Flaunt and the Virginia Quarterly Review. His 2007 debut novel, Still Water Saints, was named a Barnes & Noble Discover Great New Writers book, and he was awarded a Fellowship in Prose from the National Endowment for the Arts in 2014. His latest book, however, is something entirely different: Equal parts personal and academic history, it provided Espinoza with an opportunity to explore one of the biggest influences in his life: cruising. And it allowed him to do so in far more depth than he had ever expected.

In Cruising: An Intimate History of a Radical Pastime, Espinoza traces the history of casual, often anonymous sex between men in public spaces. Moving from ancient Greece to medieval Europe and modern-day Uganda, Espinoza explores the ways in which men have learned to navigate the strict policing of same-sex intimacy. But woven throughout is a deeply personal account of his own experiences with cruising. The effect is a constant regrounding of a topic that could have otherwise been rendered completely academic, a reminder to readers that this practice is at its core deeply human.

“I had been in conversations for a long time about cruising and what it did for me,” Espinoza explains, “and so it just seemed right—and scary—to look not just at the history of it, but at my own relationship with my body, with my sexuality, and the origins of my own desire.”

Espinoza, who came of age as a disabled young man in a “hyper-masculine” Mexican family in California, credits cruising with helping him find himself. “I was incredibly insecure and very awkward,” he says, “and the minute I cruised, the minute I had this anonymous encounter, I realized that these guys didn't care about any of that. They just cared about what was between my legs. That was something I could provide, and that gave me confidence.”

Espinoza says that cruising can also be incredibly liberating for queer men of color, who can be fetishized or subjected to the prevailing hierarchies on display in bars or on dating apps. The edict that some users of Grindr issue—“no fats, no femmes, no Asians”—had become so ubiquitous in recent years on Grindr that the company launched a special Kindr campaign to fight back. Espinoza argues that the spontaneity and anonymity of cruising is a powerful equalizer. He also notes, however, that marginalized groups often risk losing more when engaging in what is undeniably a risky (and illegal) act. George Michaels was able to successfully weather his 1998 arrest for cruising in a public park; not everyone is so lucky.

“It really is a revolutionary act, isn’t it?” Espinoza says. “It's an act of resistance, because queer bodies have always historically been policed. And yet despite everything, despite the AIDS crisis, despite every single law on the books to police and curtail and control gay bodies, this is going on. It's this underground act,” he says, “and it speaks directly to the experiences that gay activists have to deal with, which is why I think it remains very relevant—which is why it’s still thriving.”

James Feder is a New York–born, Scottish-educated writer now based in Tel Aviv.