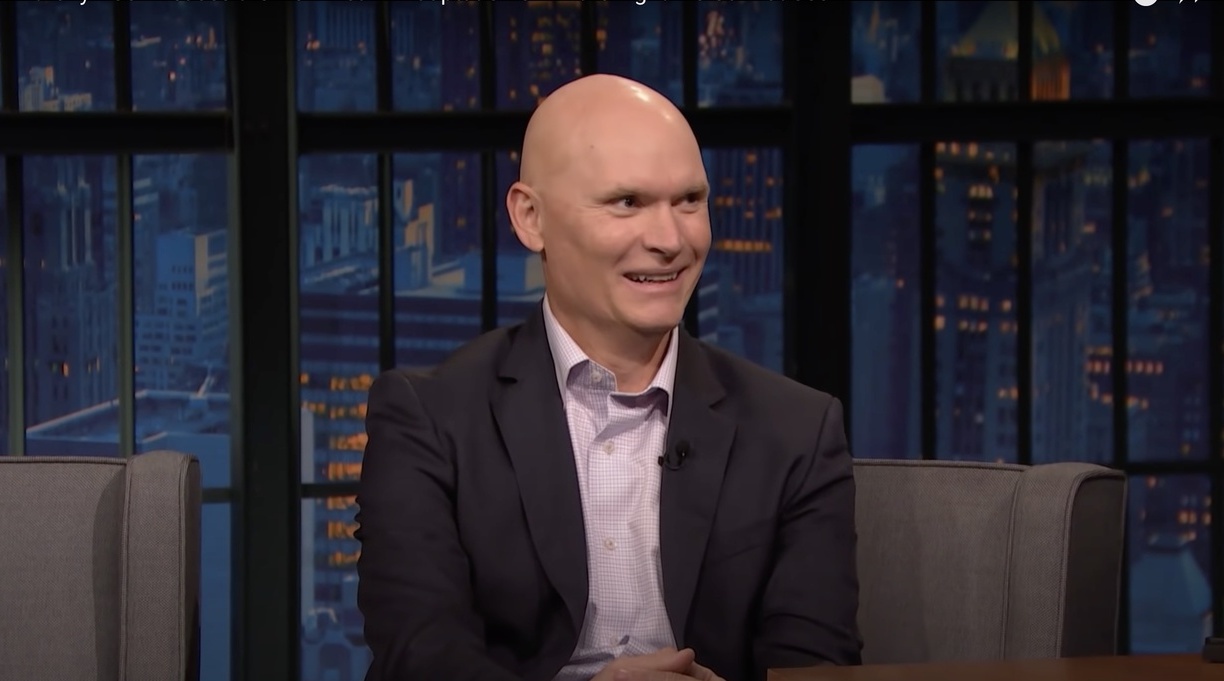 Doerr’s novel, published last month by Scribner, follows five people throughout different locations and eras, each of whom chooses hope in the face of various dangers. In a starred review, a critic for Kirus praised the book, which was shortlisted for the National Book Award, as a “magical literary puzzle.”

Meyers asked Doerr if he physically mapped out the interconnected stories in the novel.

“I did. Like a serial killer, that kind of mapping,” Doerr said. “I’m drawing pretty sophisticated maps, trying to have all these little braids working through the structure of it. Visual representation helps me kind of figure out where the story’s going sometimes.”

“Every time I’d go downstairs, there’s like another dystopian thing on TV,” he said. “There’s another city exploding or another planet exploding. So I just thought, ‘What if I explored utopian questions?’ So [in] Cloud Cuckoo Land, each of the five characters kind of dreams of a better place, and works to reach that place, but ultimately maybe realizes that home is going to be the best that it gets.”

Meyers asked Doerr if he felt any pressure writing his novel, given that his previous one, All the Light We Cannot See, won the Pulitzer Prize.

“When you’re writing, it’s not as much in your head, but it’s in your head at other moments,” Doerr responded. “Like, you’re on the airplane and you can’t finish the easy-level sudoku, and you’re like, ‘Pulitzer Prize winner fails again at the easy sudoku.’ There’s moments the imposter syndrome comes out.”