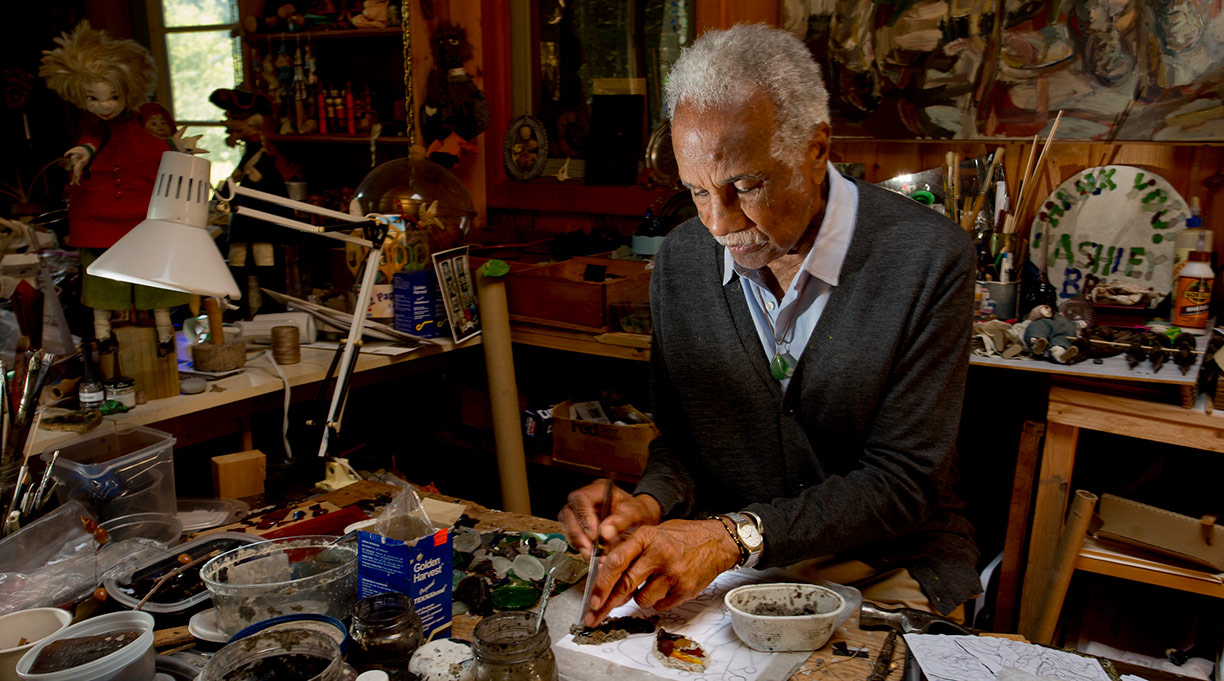 Author and illustrator Ashley Bryan has won the 2020 Norman A. Sugarman Children’s Biography Award for his memoir, Infinite Hope: A Black Artist's Journey from World War II to Peace.

The win was announced by the prize’s sponsor, the Cleveland Public Library.

Bryan’s memoir tells the story of his experiences as an art student–turned–soldier in an all-African American battalion in World War II. The book was named one of the best middle-grade books of 2019 by Kirkus, with a reviewer writing, “Watching Bryan generously transform the bittersweet into beauty is watching the meaning of art.”

“We’re proud to recognize a group of authors whose work is teaching children about life experiences, the importance of curiosity, and the need for exploration and adventure in our great world,” said library youth services manager Annisha Jeffries.

The Sugarman Award is given out every two years to a biography written for a grade-school audience. Previous winners have included Savion Glover for Savion!: My Life in Tap, Tonya Bolden for George Washington Carver, and Melissa Sweet for Some Writer!: The Story of E.B. White.