Audiobooks That Give You an Aisle Seat at the Theater 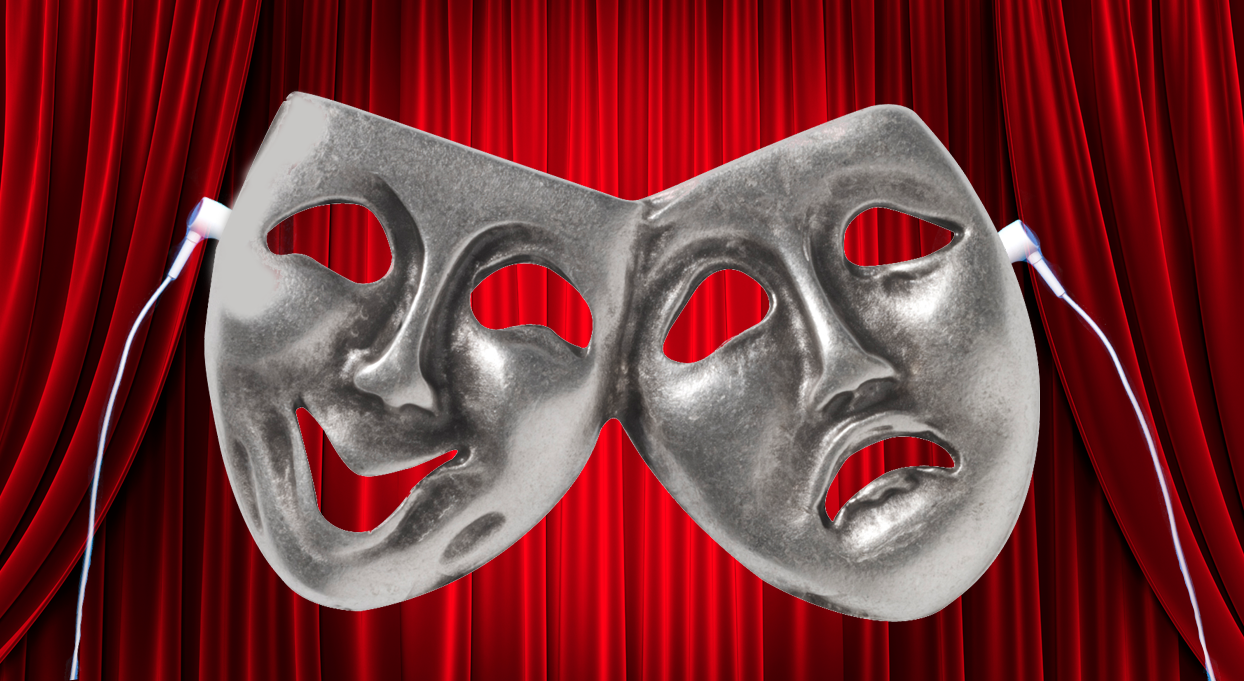 Think of it as no-hassle theater. No fighting traffic, no fussing about how good your seats are, no stratospheric ticket prices. Audible Theater is leading the charge to bring theater to your living room, your car, heck even your bathtub.

Since 2017, the company known for its popular audiobook subscription service has been expanding its theatrical efforts, making a vast array of productions available to a membership estimated in the millions.

It all got started because Audible CEO Don Katz is a lover of theater, according to Kate Navin, Audible Theater’s artistic producer. “The goal was to bring the great work being done in the theater—the writing in particular, because it’s such a language-driven art form—to a wider audience, to get more people interested in talking about what it is that artists in the theater do.”

But most interesting is the program’s Emerging Playwrights Fund, which has earmarked $5 million to develop and produce works by new writers. Thus far, the fund has commissioned original works from 25 international playwrights, selected with the help of an advisory board that includes actors and playwrights, among then Annette Bening, Lynn Nottage, and Tom Stoppard. The goal, says Navin, is to “employ theater artists who are underemployed, offering them income that would maybe help them stay longer in theater without everybody running to L.A. to work in TV and film.”

Most recently, that initiative produced Lauren Gunderson’s The Half-Life of Marie Curie, a gripping two-person show performed by well-known actresses Francesca Faridany (Homeland) and Kate Mulgrew (Orange Is the New Black) that examines the personal life of the Nobel-winning scientist and her friendship with pioneering British engineer Hertha Ayrton. Like several other Audible selections, this work also had an onstage life, with the same actresses doing the show for six weeks last November and December at the Minetta Lane Theatre in Manhattan.

“The opportunity to write a play that will be available worldwide, and also a play that will have the life of a normal stage play is incredible,” said Gunderson in a video produced by Audible. But there were challenges. “I found myself having to grow a lot as a writer,” she said, “trying to figure out how to put all that complexity into a space where you don’t have the visual and it pushed me to come up with really interesting ways to bring in a different kind of theatricality to the play.”

Dennis Kelly, who wrote the shattering Girls & Boys that played the Minetta Lane in the summer of 2018, faced similar issues. We made some adjustments to the script for the audio version, noted Kelly in an interview that follows the taped performance. Starring Carey Mulligan, the solo play is about a wife and mother whose life takes a horrific turn. “There are moments when she describes things visually on stage,” he said, “slight little moments” like a look or a wink. Still, he said, there were fewer changes than he anticipated. “By and large,” he said, “you can get loads across with sound.”

The show’s star is taken with the notion of reaching a significantly larger audience than would ever attend a limited run in New York or London. “It’s so important that people can access great writing,” said Mulligan in the Audible interview. “Anyone who can’t get to New York, get to London, people who can’t make it to the theater, get to experience this great play, this great writing, in their own homes.”

While Audible is getting the most attention at the moment, there are other places to find audio plays. BBC offers some audio theater (traditional stuff, mostly, such as Victor Hugo’s Les Misérables). Penguin Random House is entering the fray, with its audio division creating an ambitious recording of Tony Kushner’s seven-hour drama Angels in America, as well as co-producing Rona Munro’s adaptation of Elizabeth Strout’s My Name Is Lucy Barton, now on Broadway starring Laura Linney. And since 1975, L.A. Theatre Works has recorded more than 500 plays specifically for audio productions. The group’s offerings range from classics (Shakespeare, Chekhov) to more current works including recent Pulitzer and Tony winners such as Stephen Adly Guirgis’ Between Riverside and Crazy and J.T. Rogers’ Oslo.

Navin says she hopes to inject a “cool” factor into theater. “As prices have gone up and it’s become so city-specific,” she says, “we’ve lost a lot of audience.” People have something of an elitist notion, she suggests, spurred on by what she considers negative portrayals of theater. But that doesn’t happen with television, she says. “You don’t hear anybody say because I didn’t like Fleabag I don’t like TV. They know it’s not just one genre … I want people to start to look at theater in a similar way.”

Barbara Schuler is a former theater editor and critic at Newsday.