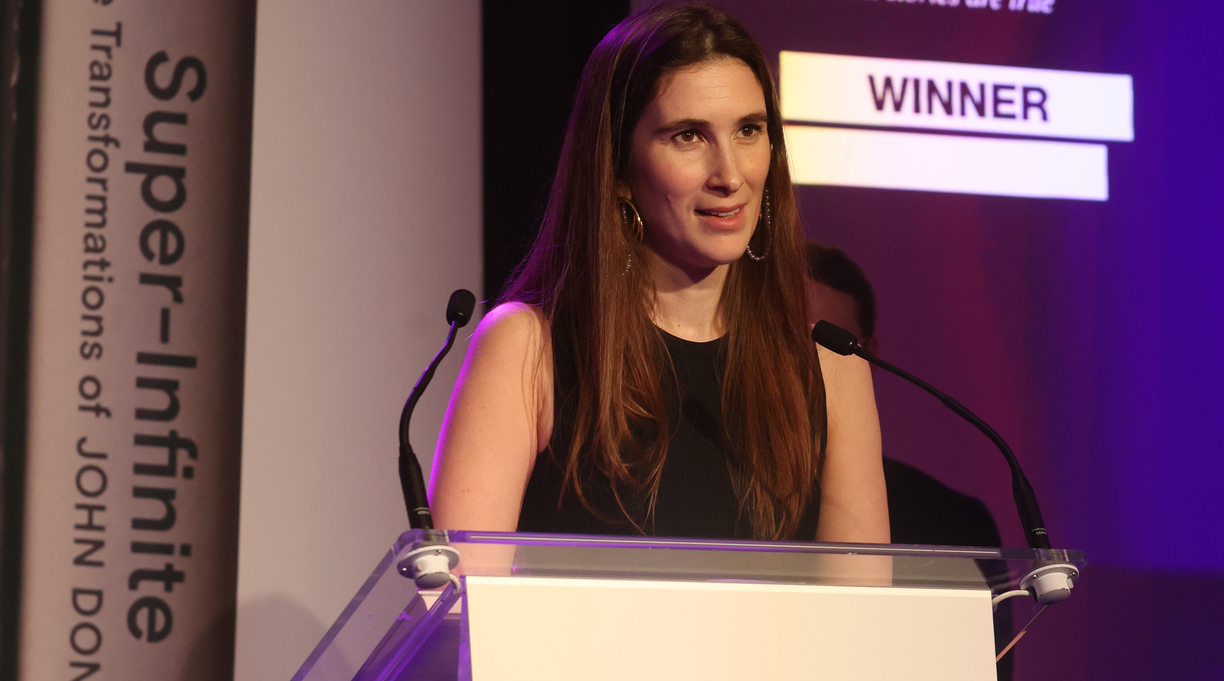 Katherine Rundell’s Super-Infinite: The Transformations of John Donne has won the 2022 Baillie Gifford Prize, a British award given annually to an outstanding nonfiction book.

Rundell’s book, published in September by Farrar, Straus and Giroux, traces the life of the English metaphysical poet. In a starred review, a critic for Kirkus wrote of the book, “Written with verve and panache, this sparkling biography is enjoyable from start to finish.”

It’s the second book for adults from Rundell, whose work for children includes Cartwheeling in Thunderstorms, The Wolf Wilder, and Into the Jungle.

Caroline Sanderson, the chair of judges for the award, praised Rundell’s book as “glorious.”

“Exquisitely rendered, its passion, playfulness and sparkling prose seduced all of us,” Sanderson said. “Rundell makes an irresistible case for Donne’s work to be widely read 400 years later, for all the electric joy and love it expresses. And in so doing, she gives us myriad reasons why poetry—why the arts—matter.”

Rundell reacted to her victory on Instagram, writing, “I am so grateful to the judges: it’s been the most giddying, staggering, madly joyful thing. I’m going to split the £50k prize money between a charity working against climate change and one seeking to help refugees—because, as Donne knew—no man is an island.”

The Baillie Gifford Prize was founded as the Samuel Johnson Prize in 1999. Previous winners have included Helen Macdonald for H Is for Hawk and Patrick Radden Keefe for Empire of Pain.