Best of 2020: Our Favorite Nonfiction 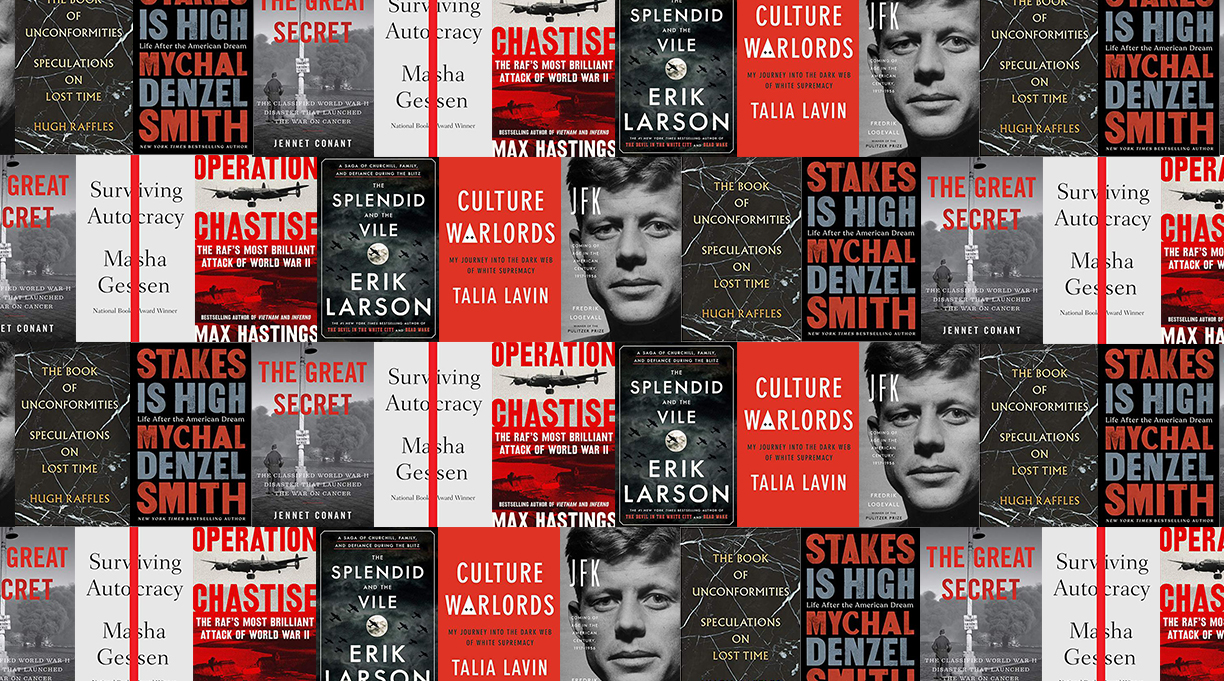 I am not usually one to gripe about how bad a given year was—I’ll leave that to the Instagram meme patrol—but there’s no way around it this year: 2020 was a shitshow of epic proportions.

Fortunately for everyone’s sanity, writers continued to produce noteworthy work, as evidenced by our annual list of the Best 100 Nonfiction Books. As always, we have something for readers of all stripes:

And what of the justified anger and demands for justice caused by the many tragedies and ongoing prejudices this country continues to perpetuate against the Black community? This year was fertile with potent responses and calls to action: Mychal Denzel Smith’s Stakes Is High, Ruby Hamad’s White Tears/Brown Scars, Isabel Wilkerson’s Caste, Stacey Abrams’ Our Time Is Now, Claudia Rankine’s Just Us, Alicia Garza’s The Purpose of Power, Jerald Walker’s How To Make a Slave and Other Essays, Elliott Currie’s A Peculiar Indifference, Howard Bryant’s Full Dissidence, and Dianne M. Stewart’s Black Women, Black Love.

Weary of humans and our violence, our propensity to belittle and injure each other? Let’s turn to nature, a fecund category that allows us escape and demonstrates more productive ways to behave as fellow citizens of this planet. Some of 2020’s best books about the natural world and animals include Carl Safina’s Becoming Wild, Eric Jay Dolin’s A Furious Sky, Aimee Nezhukumatathil’s World of Wonders, Rebecca Giggs’ Fathoms, Jonathan C. Slaght’s Owls of the Eastern Ice, Hugh Raffles’ The Book of Unconformities, and Lauren Redniss’ Oak Flat.

Finally, for my dad and all the other fans of big, meaty, prodigiously researched biographies and historical studies in the vein of David McCullough, Robert Caro, or Doris Kearns Goodwin, there are many holiday gift options: Ian Toll’s Twilight of the Gods, Fredrik Logevall’s JFK, David S. Reynolds’ Abe, David Nasaw’s The Last Million, Volker Ullrich’s Hitler, Jennet Conant’s The Great Secret, Max Hastings’ Operation Chastise, Edmund Fawcett’s Conservatism, and the latest from one of the modern masters, Erik Larson, The Splendid and the Vile. Though not strictly historical, for fans of the beautiful game and observers of geopolitics, I highly recommend David Goldblatt’s The Age of Football.

Happy reading, and good riddance to 2020!