Books for All Ages About Black Women Trailblazers 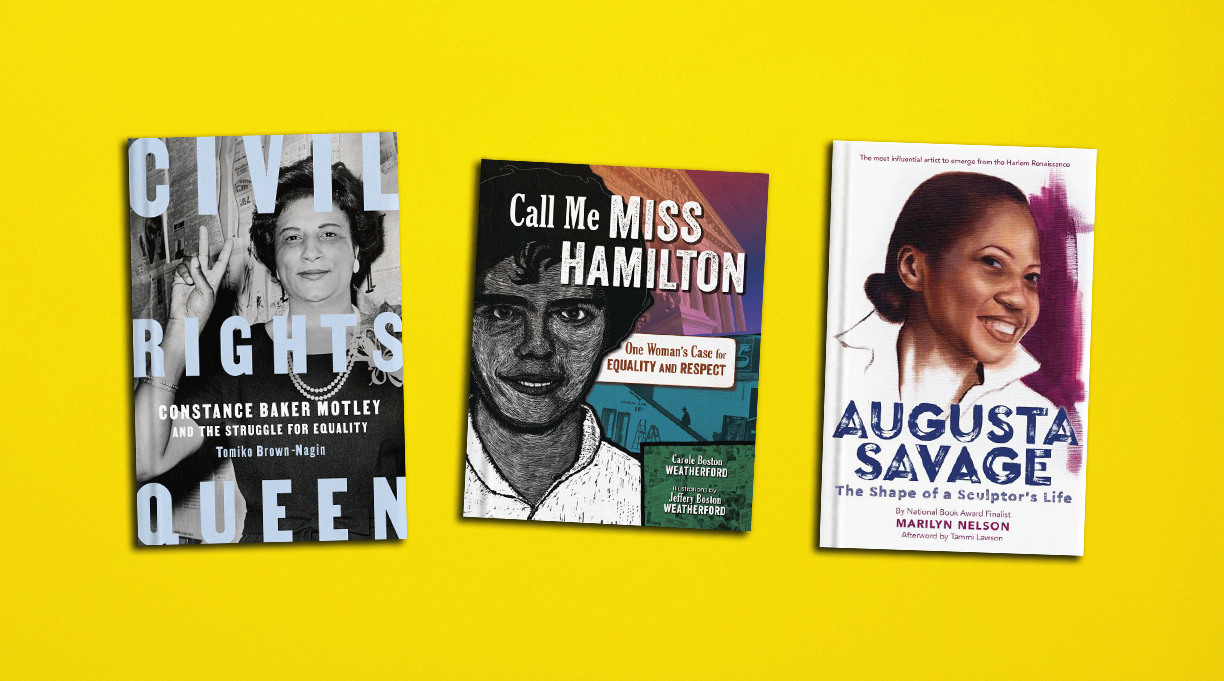 As we often point out at Kirkus, Black history is a subject to be read and studied year-round—not just during the month of February, when it is officially recognized. Nevertheless, many publishers do take this occasion to release a host of important books about African American history and life, and that’s certainly cause for celebration. Among the most inspiring are those that bring to light forgotten or overlooked figures who deserve more attention and study. Here are three books about Black women trailblazers—one for adults, one for teens, and one for children—that Kirkus has recently reviewed.

Civil Rights Queen: Constance Baker Motley and the Struggle for Equality by Tomiko Brown-Nagin (Pantheon, Jan. 25): Constance Baker Motley is not a household name, but her life story reveals a woman who had a powerful impact in law and politics—arguing 10 cases before the Supreme Court (and winning nine) as well as being elected a New York state senator and Manhattan borough president before being appointed to the federal judiciary—the first Black woman in each case. In a starred review, Kirkus calls Civil Rights Queen a “stirring life of a civil rights crusader” and an “excellent exploration of the life of an admirable pioneer who deserves to be far better known.”

Augusta Savage: The Shape of a Sculptor’s Life by Marilyn Nelson (Christy Ottaviano Books, Jan. 25): This YA biography elevates a Black visual artist who deserves to be better known. Working during the 1920s and ’30s, the heyday of the Harlem Renaissance, Savage depicted significant figures and motifs in Black life. She was commissioned to create a sculpture for the 1939 World’s Fair—the only Black artist to be exhibited and one of only four women. (Sadly, her plaster sculpture, The Harp, was destroyed after the fair; Savage could not afford to cast it in bronze.) Nelson tells Savage’s life story through verse, and an afterword by the curator of New York’s Schomburg Center for Research in Black Culture provides essential historical context. Our starred review calls it a “lyrical biography from a master of the craft.”

Call Me Miss Hamilton: One Woman’s Case for Equality and Respect by Carole Boston Weatherford, illustrated by Jeffery Boston Weatherford (Millbrook Press, Feb. 1): Like Constance Baker Motley, Mary Hamilton is a civil rights activist largely unknown today. Her life story is told in this middle-grade book written by the author of last year’s acclaimed picture book Unspeakable: The Tulsa Race Massacre. (The illustrations here are by Weatherford’s son, accompanied by archival photographs.) A Freedom Rider and the first woman head of the Congress of Racial Equality’s Southern region, Hamilton was frequently arrested. This book’s title comes from her reproach of a White Alabama prosecutor who insisted on addressing her by her first name rather than employing the honorific, as he did with others in the courtroom. Charged with contempt of court, Hamilton took her case all the way to the Supreme Court. Our review calls the book “essential reading for teaching children about the importance of demanding equality and respect.”