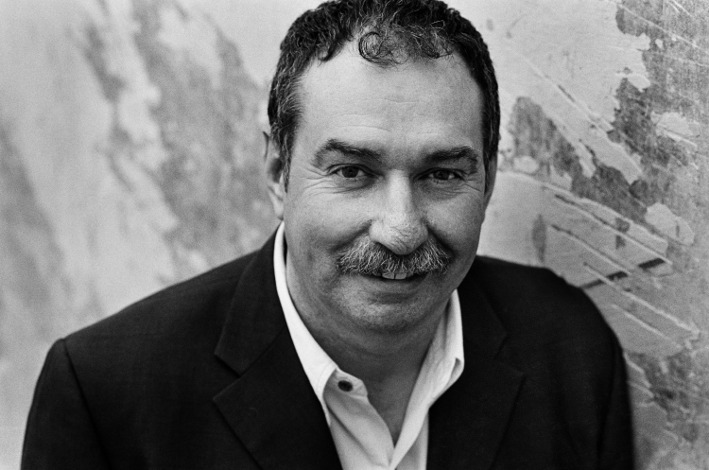 Let us assume that you are in the same position I was a couple weeks ago when I received a copy of The Children’s Home by Charles Lambert. You have likely never heard this name before, for Lambert, born in England but now living, somewhat mysteriously, “near Rome, Italy” (as his biography puts it), has yet to publish a book in the United States. Opening The Children’s Home, you will find a story about a disfigured recluse living in a spooky estate, an abusive mother, ghostly children, and grotesque discoveries involving, in one case, a sort of fetus. This seems, perhaps, like the territory of a demented mind—a man who has internalized the gothic and the violent, who may be a bit like his disturbing characters (we tend to read autobiography into debut works of fiction, after all). Then imagine your surprise when this author, Lambert, answers the phone garrulously, exclaiming your name, sounding like he’s in mid-laugh.

This is what happens when I call him early one rainy morning from Houston. I tell him I found his book—what’s the word—strange, and he chuckles. “It is strange!” he exclaims. It’s afternoon his time, and from his voice, it sounds sunny all around him.

Sunny and garrulous are not words to associate with The Children’s Home, where the sprawling estate of its main character, Morgan Fletcher, seems gloomy and obscure, its corners filled with secrets, all made even more mysterious when, one morning, children begin arriving out of nowhere—children who begin to terrorize Fletcher in ways at first quiet, and not so quiet later; but is it all in Fletcher’s head? It’s a story that feels old-fashioned, written in prose that Lambert calls “buttoned-up, prim, and Victorian.” Early on, he writes that “[no] waste was allowed” in this fictional world, and the book’s language suggest a similar economy, with every word precise and pulverizing.

Perhaps this is the product of many years of work on the project—one that Lambert began “a long time ago.” This attention to environment also speaks to Lambert’s animating principle as a writer. “I started with image,” he says, “a lonely man in a tower room, overlooking an estate with nobody else there. I started investigating that, thinking about that. Early on, I came across a quote from Clarice Lispector, about being a monster and how, perhaps, being a monster is what it means to be human.” In this case, the monster is the disfigured Fletcher, who cannot even look at himself in the mirror without revisiting the horrific circumstances that led to his physical condition. He has stowed himself away, but as the children arrive without explanation, they push Fletcher farther and farther into the world around him—with unsettling results.

This feels like the stuff of horror, but Lambert isn’t sure how much of a fan of “genre fiction” he is. Not that he has any particular issues with it: “I was a great fan of [a particular] kind of children’s literature,” he tells me, citing the warped worlds of Garner, Lewis, and Tolkien. As for the “nasty images” in the book, Lambert mentions George R.R. Martin: “He’s probably partly responsible.” The marketing for The Children’s Home name-checks Shirley Jackson and Neil Gaiman: about the former, Lambert relates to her “feeling of things going very, very wrong”; about the latter, Lambert laughs and confesses, “I haven’t read [him], I’m ashamed to say!”

Lambert is aware that his introduction to U.S. readers might be rough, especially for those who pick up The Children’s Home expecting a run-of-the-mill haunted house story. He cites earlier novels of his that looked like detective stories but were much deeper than that. “People who bought them [thinking they’re] literary fiction, they deal with it. But people who bought them as thrillers got pissed off.” After a pause, he asks me, “Do you have Marmite in the states?” Maybe we do, but I’ve never heard of it. He explains that it’s an English food spread. “Some people love it, some people hate it. It creates a polarized reaction.” This, he suggests in good humor, might be the same response to his novel.

For, yes, there is heaviness here—heaviness a genre crowd may not be expecting. Lambert tells me about another point of inspiration: an installation he saw in Paris by the artist Christian Boltanski. It was a collection of folded children’s clothes, which turned out to be the clothes of Jewish children deported during World War II. Of course, popular genres have long been vehicles for artists to sneak in social commentary, and The Children’s Home is no different. Consider the novel’s factory, off in the distance, which Fletcher’s sister oversees. Or consider how Fletcher becomes what Lambert calls “a corrupt source of power,” complicit in matters whose scope

he barely understands. In a way, Fletcher’s world—and the milieu of The Children’s Home—evokes more than a genre; it evokes the historical circumstances of the Holocaust. “I find myself coming back time and time again to power,” Lambert tells me, “what we do to have power, what power does to us. We’re the creators and victims of power.”

“And what about you?” I ask Lambert. “Is writing a way for you to gain power?”

He laughs, seeming delighted by this notion. “When I’m not writing fiction,” he tells me, “I teach language, and I enjoy being a teacher. One of the things I enjoy most is being in control of a situation. I wonder whether writing is another way of doing that.” He assures me that he does not write as a way of gaining power, but he does understand its effects: “Power,” he says, “is the raw material of writing.”

Certainly it’s the raw material of The Children’s Home, a book about characters taking on positions of strength, only to eventually realize how precarious their situations really are.

Benjamin Rybeck is the marketing director at Brazos Bookstore and the author of The Sadness, a novel forthcoming from Unnamed Press in 2016. His fiction and nonfiction also appears in Arts and Culture Texas, Electric Literature, Guernica, Houston Chronicle, Ninth Letter, The Rumpus, The Seattle Review, The Texas Observer, and elsewhere.