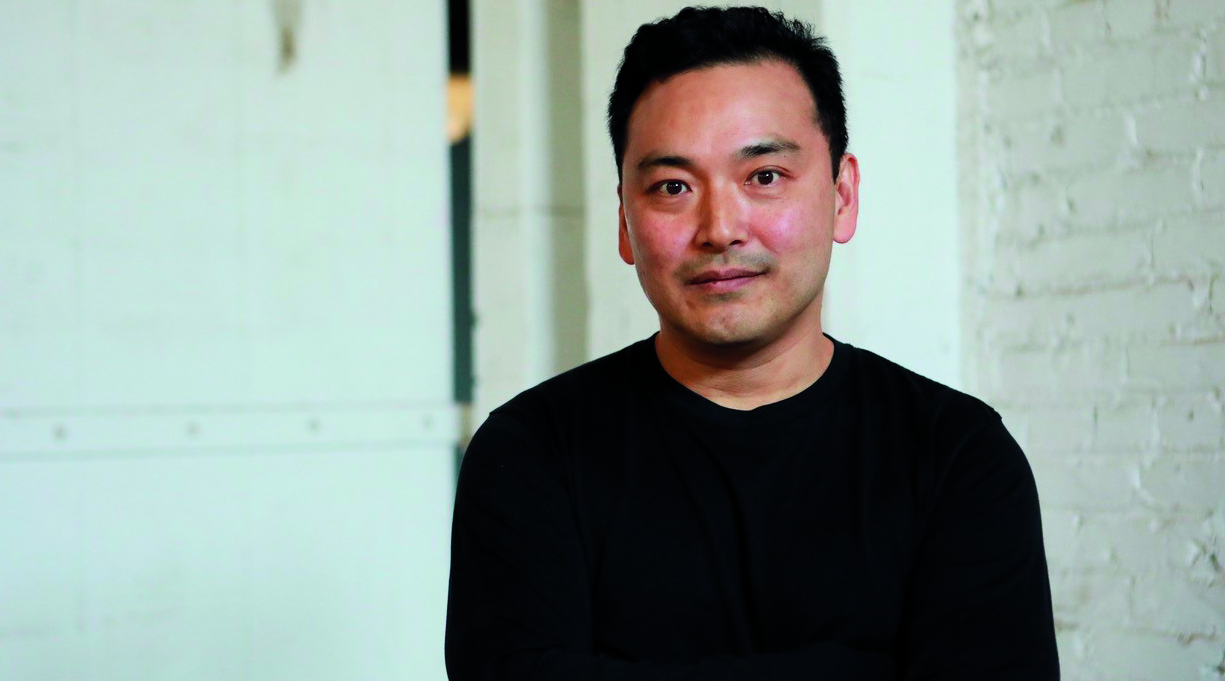 Before he became a bestselling YA novelist with the books Frankly in Love (2019) and Super Fake Love Song (2020), David Yoon spent a dozen years working for tech companies. The experience gave him a front-row seat to just how creepy the inner workings of the internet could be. To gather marketable information, companies became increasingly sophisticated at demanding and cajoling people to volunteer scads of personal data.

Yoon’s colleagues were savvy about that in ways users often weren’t. “I worked in ad tech, and at one company everyone who worked there had ad blockers and used proxies to hide their location from trackers,” Yoon says. “It was like we were working at Philip Morris and we’re a bunch of nonsmokers.”

Yoon’s first adult novel, Version Zero (Putnam, May 25), explores those ironies at a time when tech titans are facing more scrutiny than ever about their data practices, from legislators exploring potential antitrust violations to everyday consumers sounding alarms. But while the novel is on the news, it’s also a fine techno-thriller in its own right, wrapping its Jaron Lanier–style internet skepticism around a propulsive James Bond–ish plot.

The novel’s hero, Max, is an ambitious programmer who’s discovered that his employer, the Facebook-like social media company Wren, plans to funnel user data to international intelligence agencies. Rather than blow the whistle à la Edward Snowden, Max recruits some fellow programmers to monkey-wrench the algorithm by disabling “like” buttons and erasing anonymity to flush out misogynistic and racist trolls. Enter Pilot, a reclusive tech billionaire who recruits Max and his friends to launch a broader assault on the Amazons, Twitters, and Airbnbs of the world. Pilot is well financed and highly motivated to break the internet; online trolls provoked his daughter’s suicide. But it’s not easy to make society “think about all the evil shit we normalize in our lives,” as one of Max’s colleagues puts it, let alone act on it.

“There are a lot of things we don’t actually like but we’ve just become OK with,” Yoon says over Zoom from his home in Los Angeles. “We’ll say, My Alexa is spying on me, or My phone is listening to me because I saw this [related] ad that popped up on Instagram. But we say it almost in a jokey way. We’re so accustomed to living with surveillance capitalism that we don’t notice it anymore.”

Getting the tone right for Version Zero—informed but not lecturing—was part of the reason Yoon spent three years working on the novel. (“This book actually started off as a horror novel—like, straight-up dystopia,” he says.) Another is that Yoon is habitually awash in side projects, from illustration to game design to a patented notebook with sortable and removable pages. Most prominent among them is Joy Revolution, the imprint focused on YA romance stories by and about people of color that he founded last fall with his wife, YA author Nicola Yoon (The Sun Is Also a Star; Everything, Everything).

The two had been talking about a project of that sort ever since the late ’90s, when they met at Emerson College’s MFA program. David, who is Asian American, and Nicola, who is Black, regularly discussed the lack of people of color in the stories they were reading—and writing. “We were like, Are you scared to write about characters who look like yourself? And we had to admit we kind of were,” he says. “Nicola is a huge romance fan, but of all the romance books she’d read, not a single one had a character that looked like her.” When they took their idea to Barbara Marcus, head of Random House Children’s Books, “she was down with it, instantly.”

Joy Revolution is designed to spotlight stories about people of color without overt social justice messaging. “There’s another side of the equation that we feel has not been expressed enough, and that’s that POCs fall in love,” he says. “We’re goofy. We make mistakes. We get stupid. We figure things out. So we wanted to promote books that express the full measure of our community in a joyful way.” (Among the first authors signed to the imprint is bestselling British romance novelist Talia Hibbert.)

Within the context of Version Zero, though, Yoon is wrestling with the ways that monopolistic internet culture and institutional racism make being online actively malevolent for many people. Late in the novel, Max speculates about blowing up the internet and starting it over, to “build it new, build it smart, build it fair the next time around.”

What might that look like? The end of Version Zero suggests a possibility. But in the real world, Yoon says there are a lot of factors to wrestle with. “The main problems with the internet are anonymity and massive scale,” he says. “You can hide yourself behind a Pepe the Frog mask, troll the entire internet, and if you wind up getting traction, one person can have an outsize effect on the world. Q is a perfect example of that. What if you removed the anonymity? And what if you scaled it back? What kind of internet would you wind up with?

“I don’t know what that would look like. We’ve never had that.”

Mark Athitakis is a journalist in Phoenix who writes about books for Kirkus, the Washington Post, Los Angeles Times, and elsewhere.