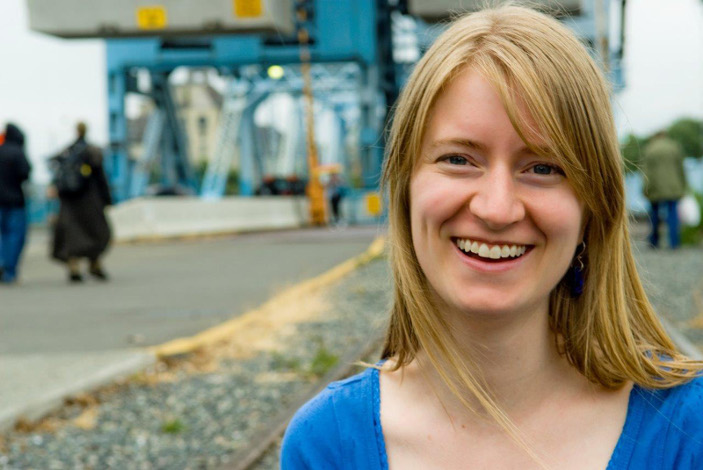 Don’t be afraid of The Dark and Other Love Stories but be warned: Deborah Willis’s delectable fictions aren’t amorous confections.

“I think that title is a bit misleading—actually, I know it is,” says Willis, by phone from home in Calgary. “A lot of people, when I tell them the title say, That sounds so lovely! I can’t wait!”

“I can tell they think it’s going to be romantic,” she says, “and it is a book of stories about love—like within a family, or love for a pet crow, and so on...but it’s not going to be warm [and fuzzy] and maybe that’s a thing they should know.”

Willis is the author of one previous collection, Vanishing and Other Stories—one of 2010’s best books, according to NPR and the Globe and Mail—which was shortlisted for the Governor General’s Award for fiction. According to Kirkus, The Dark and Other Stories builds on that excellence and “extends its range” with “low-key stories of great acuity, precision, and poignancy,” with 13 new artful, structured, and satisfying stories.

One love form Willis explores in The Dark and Other Love Stories is that of place: the title story, which begins the collection, centers on a summer camp where the nostalgic narrator and her friend went on nighttime reveries. In “Hard Currency,” a successful author returns to his Russian homeland intending to visit his grandmother’s home and write a memoir about it. And in “Girlfriend on Mars,” a character lusts for a new home on the Red Planet.

“Amber Kivinen—drug dealer, lapsed Evangelical Christian, my girlfriend of twelve years—is going to Mars,” Willis writes in “Girlfriend on Mars.” The narrator, Kev, Amber’s boyfriend and an in-home pot grower/dealer, is sitting on their comfortable living room couch when she announces she has to tell him an important something.

“I expected the something to be that she wanted to adopt a cat, or that she wished I would find a real job, or that she had made out with a guitarist or a guy who writes graphic novels,” she writes. “I did not expect her to say that she would soon be on television in a Survivor-meets-Star Trek amalgam, where she would compete for one of two seats on the MarsNow™mission.”

Willis remembers the exact place where the story originated—which is not always the case, she says, for stories that may take weeks or months to write. This one came swiftly and surely while she was housesitting for her boyfriend and glimpsed a notable book on an upper shelf.

“I remember looking up and noticing a really strange book about Mars,” she says, “and it was like a gift [to me]—ripe for satire. It was funny, after researching Mars for so long and the landscape and the atmosphere and everything, then the idea of like going on a trip to Nicaragua seemed really kind of dull, you know?”

But place is beside the point when it comes to people, as Willis’s characters’ attachments to one another—and animals, often—are the main focus. These characters travel together and drift apart; they grow old and recognize their obsolescence. They take one another for granted; they are predators and prey. Above all, they love—imperfectly, at times humorously, deeply, darkly.

“I would love it if people came away feeling like the love and the attachments we have to the people in our lives are the most important thing in our lives,” Willis says of The Dark and Other Love Stories. “That was my thought while writing it, and even though people fail each other in relationships, it’s still, I hope, overall, a book that celebrates the fact that we are capable of loving each other.”