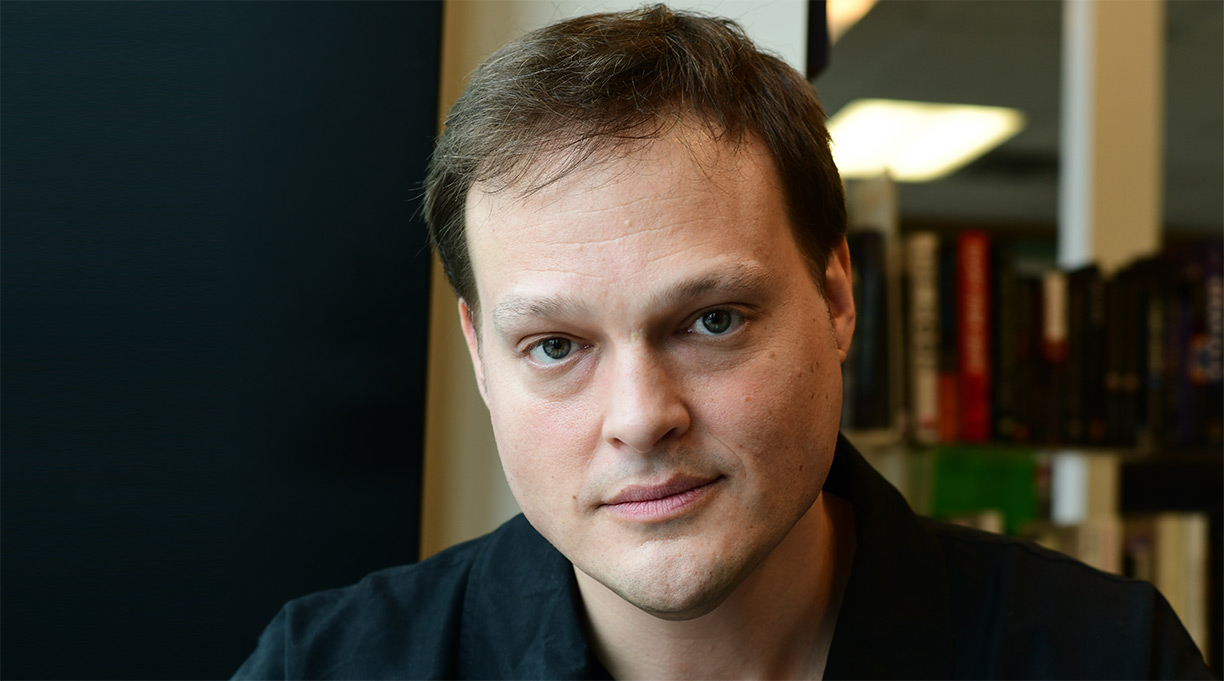 There are a few words you might want to avoid in describing Garth Greenwell’s Cleanness (Farrar, Straus and Giroux, Jan. 14): “novel,” even though the book follows the stories of several characters over the course of its various chapters, as we like novels to do. Don’t use “sequel,” for although Cleanness features the same protagonist that anchored Greenwell’s hit What Belongs to You (2016)—an American from the South who’s teaching English in Sofia, Bulgaria—its author is certain Cleanness is not a sequel (also don’t use “prequel”). The book has a table of contents that lists nine chapters and each chapter has a title, like you’d see in a short story collection, but you can forget about calling it a “short story collection.” How about “book”?

The question of how to categorize Cleanness isn’t academic. Although What Belongs to You garnered many accolades, there are still readers who don’t know his first novel was named one of the best books of the year by more than 50 publications in nine countries; or that the book was a finalist for the PEN/Faulkner Award and was also longlisted for the National Book Award. The cover of Cleanness is a close-up of a man’s back so that it’s sinuous and wavy, not noticeably a back at all. “What is this thing? A book about cleanness?” someone new to Greenwell could be excused for wondering. Greenwell says that he and his publisher “went back and forth” about whether to label the book. It’s as if Greenwell and the publisher were saying, You figure out what this book is; we’re not helping you.

The ambiguity of the book’s presentation and the conjecture of categorizing it are endemic to the story it tells. Cleanness puts center stage something touched on only briefly in What Belongs to You—the narrator’s shifting, conflicted relationship with R., a Portuguese student studying in Sofia. In the new book, Greenwell abandons any mention of Mitko, the alternately charming and pitiable hustler whom the unnamed narrator of What Belongs to You falls for and then, ultimately, rejects. The fraught and risky dance of desire between those two characters captivated readers.

But Greenwell is still interested in risk: namely, whether the unnamed narrator of Cleanness and R. will jeopardize comfort and their futures to stay together. The possibility (or impossibility) of conducting a long-distance relationship with R. is the perfect Greenwell subject: freighted with emotional guesswork even though the narrator and R. try to be upfront with one another about what they feel and whether their relationship can survive the distance. What is the other person feeling? Will he be loyal in another country? Is physical closeness everything in a relationship? Greenwell’s piercing language feels poetic, vulnerable, honest—even if (especially if?) it’s painful:

R. dropped his bags and stepped onto the bed, jumping up and down a few times, and I laughed with him, even as I sensed, just past the edges of what we felt, a hovering dread. It was a habit of mine, to rush toward an ending once I thought I could see it, as if the fact of loss were easier to bear than the chance of it. I didn’t want that to happen with R., I struggled against it; he was worth struggling for, I thought, as was the person I found I was with him.

Readers often think about the presence of autobiography in Greenwell’s work, like they do when reading Marcel Proust, Christopher Isherwood, Elena Ferrante, or Karl Ove Knausgaard. Like his narrator, Greenwell taught English in Bulgaria. His partner, Luis Muñoz, teaches in the Spanish and Portuguese department at the University of Iowa and is a noted Spanish poet, inviting comparison with Cleanness’ R. Greenwell would prefer for the guessing game to disappear. “I get so frustrated when people ask me to what extent is it true,” he acknowledges. “I do feel really ferociously that I reject any attempt to collapse invention and autobiography.” Something that might have happened to Greenwell becomes an element in one of his books; but in fiction it’s necessarily not going to be exactly like the writer’s own experience. “Even if I wanted to look at a page and tell you what actually happened, I can’t do it,” he says.

Claiborne Smith is the former editor-in-chief of Kirkus Reviews and the literary director of the San Antonio Book Festival.