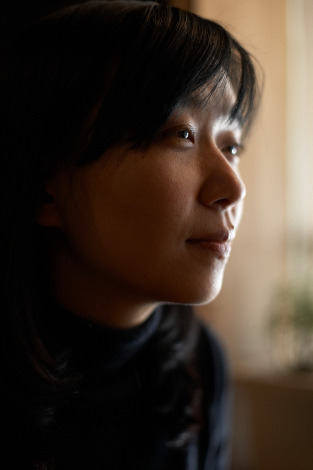 Han Kang’s fierce, fresh fiction has the book world abuzz: The Vegetarian, her first novel to be translated from Korean to English, won the 2016 Man Booker International Prize. It is one of “The 10 Best Books of 2016,” according to the New York Times Book Review.It is ripe with searing imagery that won’t soon leave you. So, too, is Human Acts—a second, related novel now available in English thanks to The Vegetarian translator Deborah Smith. In anticipation of its publication, Kirkus corresponded with Han, who lives in Seoul, South Korea, through Smith, via email.

You’ve published three novels in Korea since The Vegetarian. Why did you choose Human Acts as the second to appear in English? How are they related?

There are several years between the writing and publication (in Korean) of The Vegetarian and that of Human Acts, but you can say that the two are internally connected. They both share questions about human violence and the possibility of dignity. If we say that The Vegetarian is a work that oscillates between the possibility and impossibility of innocence, Human Acts is one that is inclining its body in the direction of human dignity, with all its might, like a leaf toward the light.

Both Human Acts and The Vegetarian explore variations of this question: why me, not you? (The phrase “there but for the grace of God go I” comes to mind.) What is your interest in examining this?

Ever since I was a child, worry about the existence of others who are suffering has been deeply rooted in me. Even now, it is an important theme for me. There could be various reasons why such worry has become important for me, but I can say that the uprising/massacre which took place in Gwangju in May 1980 had a great influence. I was born in Gwangju in November 1970 and moved to Seoul with my family in January 1980. My father, who was a teacher of literature at the time, quit his job and decided that he would make a living as a writer of fiction, and so our moving to the capital was fairly impromptu. But this impromptu decision altered the course of our lives. Though I was very young at the time, I was aware of the fact that we had escaped the Gwangju massacre by a matter of four months. Survivors’ guilt was something that was felt by all our family. In other words, we could not forget that there were those who had been wounded, even killed, in our place.

I believe that the fact that human beings feel the pain of others and suffer together with them, the very fact that we possess such an ability,

is testimony to human dignity.

What is the artist’s charge in the face of atrocity?

To dream (perhaps, sometimes, to dream a nightmare). To keep their eyes open. To imagine, with their eyes open thus. The impossible attempt to feel another person’s pain. To reveal, through that attempt, a certain truth. Not to aestheticize violence or package it as anything other than itself, whatever the circumstance.