Harlan Ellison’s Dog Days: Remembering “A Boy and His Dog” at 50 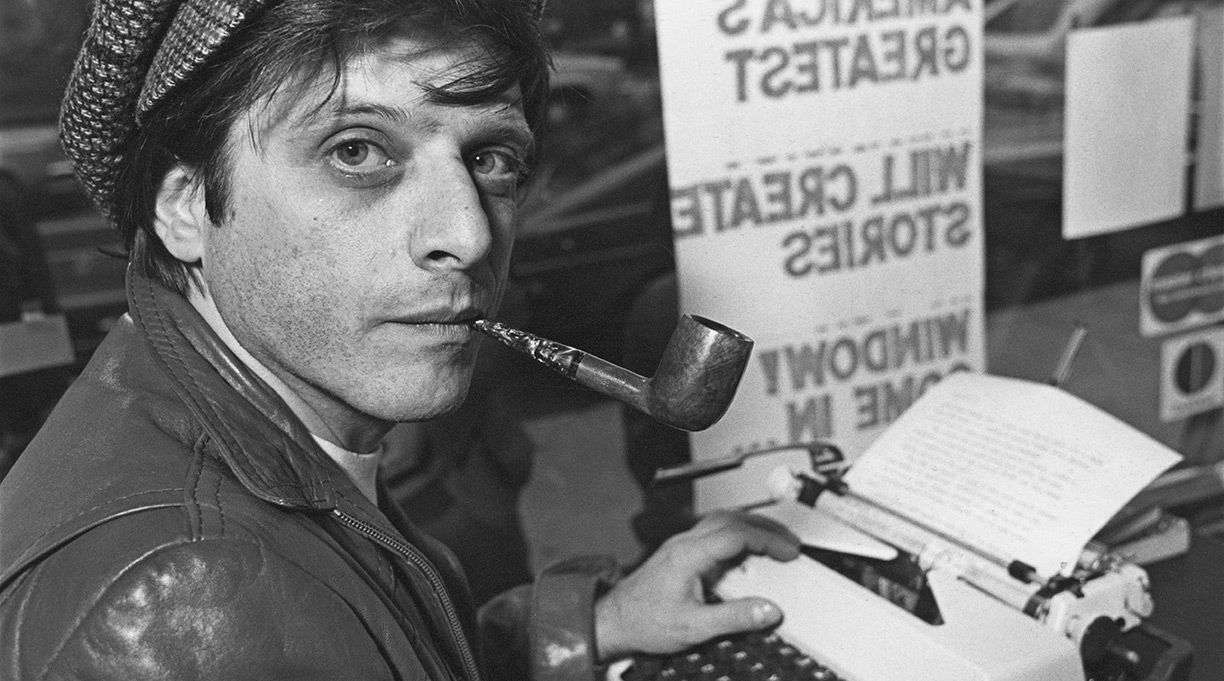 The year 1984 came and went, and England—much as Margaret Thatcher might have wished otherwise—did not become a dictatorship. The year 2001 came and went, with no strange monoliths discovered on distant moons. But 2024 is fast upon us, and, to judge by the cycle of stories that makes up Harlan Ellison’s slim book Vic and Blood, that way truly lies apocalypse—and with it, telepathic dogs, dumb-as-dirt humans, and other plausibilities.

Half a century ago, Harlan Ellison was known among science fiction aficionados for the Hugo Award–winning book I Have No Mouth, and I Must Scream and “City on the Edge of Forever,” perhaps the best Star Trek episode ever made. He also had a bit part in Gay Talese’s legendary 1966 magazine piece “Frank Sinatra Has a Cold,” in which Sinatra criticized Ellison’s sartorial sense and Ellison, ever fearless, snarked right back.

Then, in 1969, Ellison (who died last summer at the age of 84), wrote a short story in which nuclear nightmare rained down and the surface of the world was left “for anyone with a taste for radiation and rubble”—mostly disaffected teenage boys with a yen for violence. In “A Boy and His Dog,” that inaugural tale, Vic is a dim young man without much sense while Blood, the descendant of a motley breed of dogs that “had become the shock commandos of a new kind of war,” can see through waves of radiation and read minds—all very helpful when “roverpaks,” gangs of enemy kids and their killer dogs, are in the neighborhood.

Vic meets a young woman who takes him underground, where the God-fearing citizens of the surface had long ago fled, founding theocratic cities that one might find in a more cynical version of The Handmaid’s Tale. One is a replica of Topeka, Kansas, where Vic is put to work breeding with the young women of a place where radiation has made the menfolk incapable of the task—work that quickly grows tiresome. To boot, as Vic grouses, the new Topekans eat “artificial peas and fake meat and make-believe chicken and ersatz corn and bogus bread, and it all tasted like chalk and dust to me.” He and Blood flee, the young woman in tow, but then things get ugly, and—well, an injured Blood needs his protein, and not fake stuff.

The actor L.Q. Jones made a movie of “A Boy and His Dog” in 1975, starring a young and unknown Don Johnson, and it brought Ellison a huge new audience. Jones threw in a twist at the end that made the film instantly controversial. The twist had to do not with the sex, which was true to the book, but to the already abundant violence, which Jones, a veteran of Sam Peckinpah’s 1969 shoot’em-up splatterfest The Wild Bunch, amplified. Ellison, who called himself a misanthrope but not a misogynist, wasn’t pleased with the modification, pointing out that the deed hinted at—those who have seen the film will know what I mean—didn’t take place in his pages. Still, he allowed, it shook people up, a transgression that suited Harlan Ellison, the poet of dangerous visions, just fine.