Hulu’s Normal People: All Messed Up 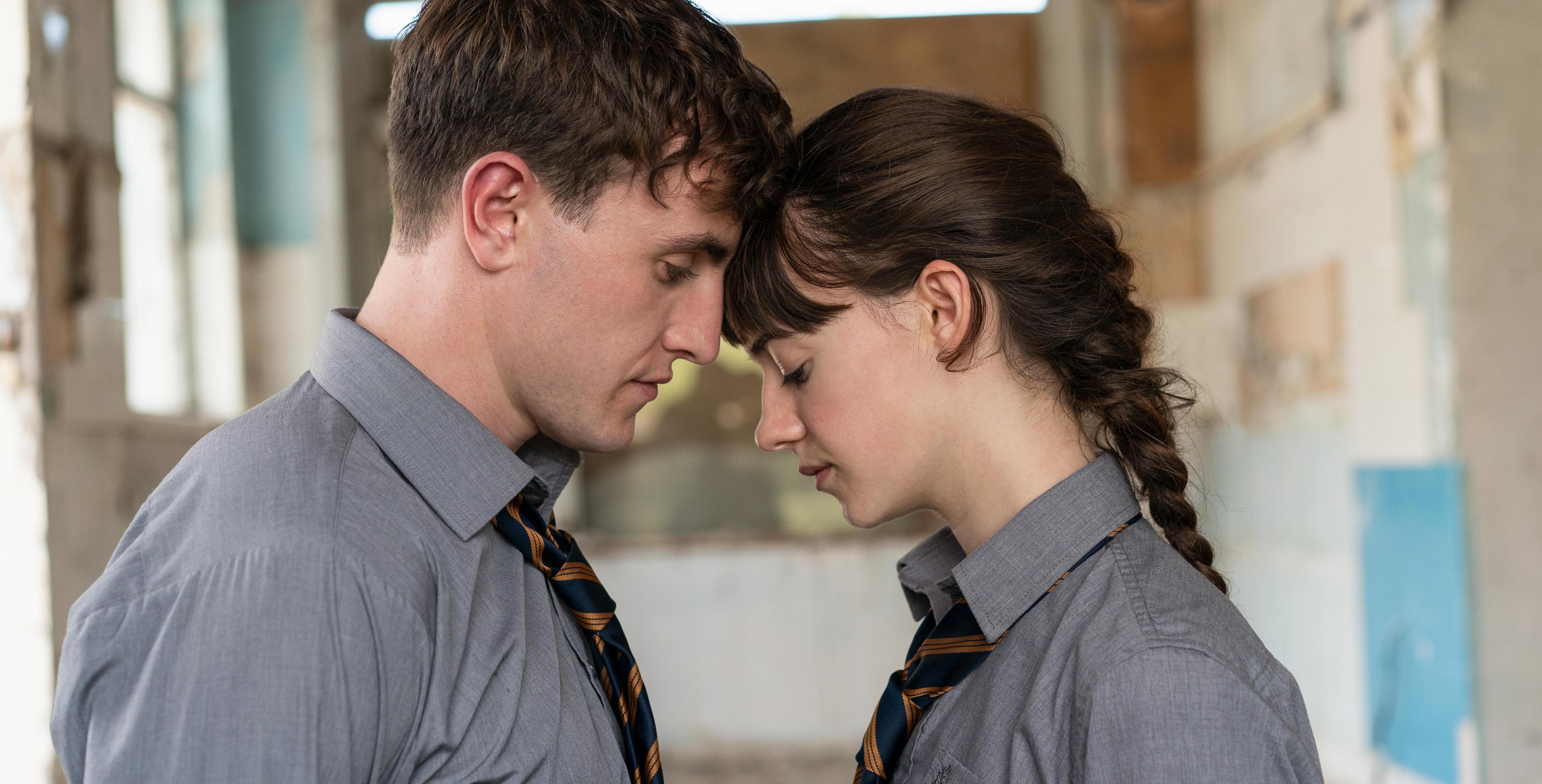 The title of Irish author Sally Rooney’s Kirkus-starred 2019 novel, Normal People, immediately forces readers to ask themselves what “normal” is. The troubled characters in this book—and its 12-part Hulu miniseries adaptation, premiering April 29—seem to indicate that no one fits the definition of “normal,” as we’re all messed up in our own unique ways. But in the end, the book and series imply that some people—and specifically, their sexual preferences—are a bit more messed up than others.

The book tells the story of a young Irish couple’s fraught romantic relationship during their high school and college years. Along the way, Rooney explores issues of class and popularity, in a cursory manner: Connell Waldron’s mother works as a cleaner for Marianne Sheridan’s wealthy family, and he’s a well-liked athlete in high school, while Marianne is an eccentric outcast. He wants to keep their affair a secret, and she acquiesces until they break up—but later, at university, she’s surrounded by friends and he finds it hard to fit in.

Mainly, though, the story is about how the couple endlessly “gets together, splits up, gets together, splits up,” as Kirkus’ reviewer put it. It’s also very much concerned with sex and desire; Connell and Marianne experience such intense attraction for each other that, at times, the book feels like a tale of self-destructive addicts. The characters also have a tendency toward self-analysis that unappealingly comes off as self-absorption: “He seemed to think Marianne had access to a range of different identities, between which she slipped effortlessly. This surprised her, because she usually felt confined inside one single personality, which was always the same regardless of what she did or said.”

The Hulu miniseries, which stars talented newcomers Daisy Edgar-Jones as Marianne and Paul Mescal as Connell, is a pleasant-looking production, although one would be forgiven for thinking that it’s at least three episodes too long. It’s extremely faithful to the book but mercifully discards much of its numbing psychoanalysis-as-character-development. It also discards the actors’ clothing quite often; in fact, there are so many sex scenes that they start to feel repetitive, although no one will doubt Edgar-Jones’ and Mescal’s commitment to their craft. Still, the series does refreshingly portray the characters’ intense sexuality in a positive light—with one glaring exception.

In both the book and miniseries, Marianne struggles with feelings of self-loathing that are, rather simplistically, linked to her abusive upbringing. She later pursues BDSM relationships as a submissive partner—and the novel clearly connects this desire for submission to her psychological issues: “Maybe I want to be treated badly, she says. I don’t know. Sometimes I think I deserve bad things because I’m a bad person.” At another point in the book, after an aborted submission session, Marianne thinks, “Is the world such an evil place, that love should be indistinguishable from the basest and most abusive forms of violence?” Later on, when Marianne likes herself more, she seems to desire sexual submission less—after all, the book seems to say, why would a happy, well-adjusted person be interested in such things?