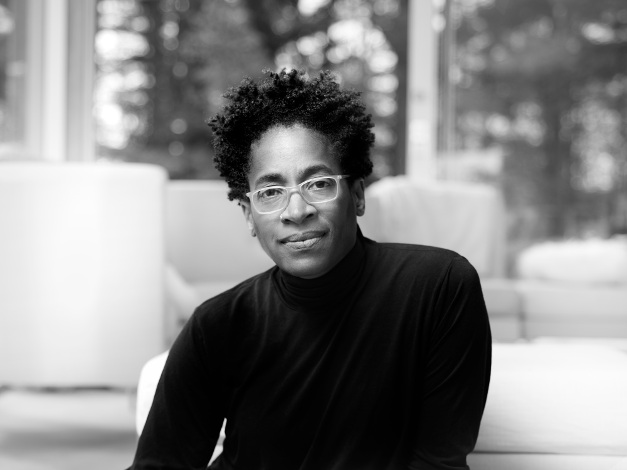 Jacqueline Woodson’s exceptional writing for young readers found a broader, global platform when her memoir in verse, Brown Girl Dreaming, won the National Book Award in 2014, though she has been writing healing, visionary work for children who are ordinarily hidden since 1990.

Over the course of nearly 30 years, she has won almost 300 awards, honors, and recognitions. In 2018 alone she won the Astrid Lindgren Memorial Award, the world’s richest award for children’s and young adult literature, and the American Library Association’s Children’s Literature Legacy Award. Through 2019, she is serving as the National Ambassador for Young People’s Literature, a program of the Library of Congress.

Woodson’s writing emerged out of a sense of wanting to see someone like herself reflected in work for young readers. Ever since she took on literary editorship of her school’s magazine as a fifth-grader, she has written to assert affirmative narratives of hopefulness and humanity, especially for black girls. Woodson wants children to know that they can win, even if they’re outsiders or they’re separated from their parents or friends for any reason. Or maybe people don’t understand their sexuality. “One of the things I try to do in fiction is to show the depth of young people and how they think about things, because I sometimes think adults don’t think young people are thinking deeply, ” Woodson says.

Woodson reminds readers of the complexity of young people by subtly weaving themes of belonging and recognition through friendship (and friends who are like family) into her work. In more than 30 titles, she has invited youth who are so often shut out of discussions into conversations about what connects them to the rest of the world. Those titles include the new picture book, The Day You Begin, inspired by her great-grandfather William Woodson; it’s a story children can use to realize that walking into a room where no one else looks like you can be a strength instead of a metric of isolation. Harbor Me, her first middle-grade work since Brown Girl Dreaming,is just as tender and timely. Originally slated to be called The Dream of America, Harbor Me quite literally offers a group of very different kids “A Room To Talk,” where they can sort out the very adult circumstances they each have to cope with: Esteban’s father is in immediate danger of deportation; Amari is always worried about being profiled by police because of his race; Haley’s dad has been in prison.

Woodson says the original title never worked for her, and as she rewrote the book, “that dream was getting so much more skewed in this country. It felt wrong. It wasn’t an invitation into the narrative. I was trying to say, ‘How do we take care of each other when we think we don’t know each other?’ ”

Woodson draws strength from icons James Baldwin, Octavia Butler, and her best friend, Toshi Reagon. She stays inspired through tradition. For 16 years, her village in Brooklyn has had Sunday dinner and fellowship together, mostly without interruption. In tandem, these things help Woodson continue to create. “Our community is such a community of survivors and resisters and resilience,” she says. “We’ve been like water when we have also wanted to be a bridge. Day by day, I have to find a way to figure out a way to do self-care. Writing is very cathartic for me; creating worlds where people end up OK is very helpful. Whatever’s happening now is happening for a reason, the thing that happens when there’s a big, big shift coming.”