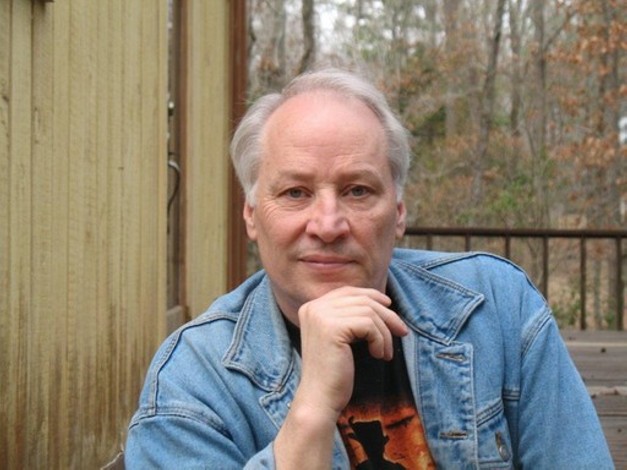 Hap Collins and Leonard Pine may be as dissimilar a duo as one may find in modern detective fiction, but they’re equal in their creator’s eyes. This March, novelist Joe R. Lansdale returns with Jackrabbit Smile, the 16th installment in his “companionable, enjoyable, and profane” series of “Hap and Leonard” stories, on which the hit SundanceTV show, now in its third season, is based. Lansdale spoke with Kirkus by phone from Texas about world-building, current events, and what readers might not know about lovable misanthrope Leonard and personable draft-dodger Hap, whose latest adventure kicks off with a long-awaited wedding. This interview was edited and condensed.

In Jackrabbit Smile, Hap and Leonard investigate the disappearance of a revivalist preacher’s daughter. It starts with her white supremacist relations crashing Hap’s wedding to Brett, his longterm girlfriend and boss, and insulting Leonard, because he’s black. As Hap remarks, “Those two looked so much like stereotypes it wouldn’t have surprised me to discover they had venomous snakes in their pockets and could speak in tongues.” Why are they willing to help these people?

When there’s nobody to administer justice, they feel obligated to do so. They’re people with good intentions and, overall, good judgment, but the thing that people miss is that I don’t see them as heroes. I see them as very flawed individuals, because some of the things they do are not the sort of things they should do, but that’s what makes them fascinating to write about.

To investigate the disappearance of Jackie—aka Jackrabbit, on account of her prominent teeth—Hap and Leonard return to their hometown of Marvel Creek, Texas. In a way, is returning to a world you’ve developed over 15 preceding books a sort of homecoming for you? Is it liberating or constraining to have to play by the rules you’ve set for yourself?

Even if you’re writing a fantasy novel, if anything can happen, it’s of no interest. It needs to have some sort of foundation and limitation, and so the Hap and Leonard novels have that built in. The other thing is they’re based on my life—Hap is so much like me in many ways, Leonard is people I’d combined together, and some of the town characters are people I grew up with in the 50s and 60s—so, I’m remembering what I saw growing up in the South and giving these activities to happen around it, which is the story. My memories are validated by a lot of other things, like newspaper reports, but I certainly remember the changing of those times, that sort of clannish feel, the fact that there are some of the best people in the world in those towns and there are some of the worst, just like there are in cities all over the world. It’s a stewpot of different versions of life, people’s perspectives are different on what is the good life, and if anything’s not quite right, they’re always looking for somebody outside their own immediate circle to blame for those problems.

I’m glad you said “stewpot.” Hap and Leonard acknowledge that, no matter the case, no matter the place, they seems to have a special talent for “stirring the soup.” Amid the excitement of gunfights, close calls, and far-flung dead bodies (described so compellingly, you can just about smell them), I’d say you do, too: Jackrabbit Smile never shies away from issues of race, class, gender, sexuality, and religion.

I hope that, like Hap and Leonard, [readers] get the idea that we can have different viewpoints and still connect to one another. We’re just too separated right now, and how it came that way is hard to realize, but what it does show—what I suspected, and what I’d written about before—is that that division has always been there. It’s just that it’s taking time for it to become more acceptable, and a lot of people that have laid dormant have suddenly felt free to embrace meanness and ignorance, and that’s part of why our political situation is like this right now.

It’s what I’ve been telling people: just because you iron a shirt doesn’t mean it’s not made out of cheap material. We need to get rid of what’s rotten underneath. We need a new tailor and a new laundry.