Kevin Nguyen: How To Survive a Tech Startup 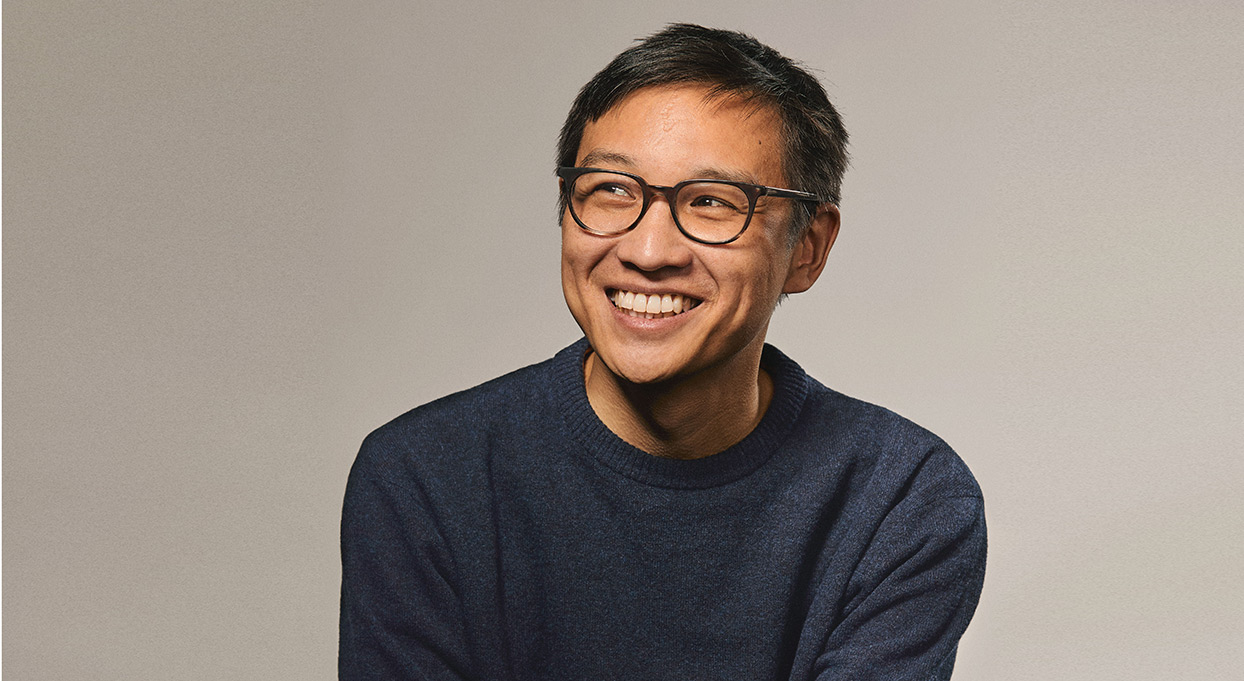 Kevin Nguyen’s debut novel, New Waves (One World/Random House, March 10), is narrated by a young Asian American guy named Lucas who didn’t go to a fancy college, who has a low-level job at a tech startup, and whose best friend suddenly dies. These are a few of the details that gave friends and family who read early copies of the book reason to exclaim, “Oh, this is so interesting, to get a peek inside your brain!”

For the only time in our interview, Nguyen, features editor at the tech website The Verge and former culture editor at GQ, breaks his calm demeanor. “Man,” he squawks. “Lucas is a dumbass. I’m way smarter than him.”

He goes on to explain the many ways he tried to signal “not me!” Lucas is half Chinese; the author has two Vietnamese parents. Lucas is “kinda chubby”; the author is “kinda skinny.” Lucas is from Oregon; the author is from Massachusetts. And perhaps most importantly, unlike Lucas, Nguyen didn’t steal data from his employer.

“I never considered it stealing,” Lucas explains in the first sentence of the book. It happened like this: His best friend Margo, an African American software engineer, gets fired from their mutual employer, Nimbus. Margo is a strong, edgy character, a real badass, and her “uncooperative” attitude is what has gotten her canned. As they’re drinking in their customary spot around the corner that night, she comes up with the idea of copying the user database and possibly offering it to a competitor.

But before Chapter 1 is over, Margo is hit by a car and dies. For the remainder of the book, Lucas struggles to deal with the hole in his life. Trying to fill it involves breaking into her laptop, connecting with her online best friend, and discovering her attempts to write science fiction.

Turns out, those science-fiction snippets are just another element of the book taken from life.

In 2007, Nguyen was on winter break from the University of Puget Sound, where he was double majoring in English and International Political Economy, when his best friend, a star athlete, dropped dead from an undiagnosed heart-valve problem during an indoor soccer game. After graduation, Nguyen struggled to find a job and was thrilled to land “an extremely low-paying menial job at Amazon.” When Amazon moved him to New York in 2012, the idea of becoming a professional writer was still far off (“I didn’t even know what Condé Nast was”). But his next job got him a little closer;  at Oyster, conceived as a Netflix for books, he ran the editorial team. (“It was just...me.”)

Now it looks like Oyster was doubling as an incubator for the publishing industry. About a year before Nguyen arrived, Anna Wiener, author of the recent Silicon Valley memoir Uncanny Valley, had departed, on her way to the West Coast. With many points of connection between the two books’ descriptions of the tech workplace, we wondered how Nguyen felt when he read Weiner’s book a few months before his own pub date.

“I’m not a competitive person,” he says. (Neither is Lucas, by the way.) “Anna’s book is great. I think it’s the best thing I read last year.” If the two have not yet become close friends, they do DM on Twitter.

During the years that Nguyen was riding the subway to his tech job, he was always scribbling in the Notes app on his phone: lines of dialogue, things he experienced at work, beginnings of science-fiction stories. “The Notes file got so long that the app crashed,” he reports. “When I pasted 20,000 words into a Google doc, I thought, ‘What am I doing with my time?’ Then I started trying to turn it into a novel.”

Those SF snippets became Margo’s, recorded in .wav files on her computer, one of the secrets she kept from Lucas that he discovers, with both hurt and excitement, after her death.

We asked Nguyen if, in our current literary climate, it was intimidating to write a bold, black, female character like Margo.

“There is a strong argument out there that you can only write characters that resemble you,” he acknowledges. “But the endgame of that is, no one would ever be able to write a book where an Asian man and a black woman are friends. I have a lot of friendships with people who don’t look like me, and I want to read books about that kind of thing. But as much as Margo is based on people I know, she’s a wholly new invention. That’s a place only fiction can go, and I hope it’s a place where fiction can keep going.”

Race is a central issue in the book; Margo and Lucas originally bond over all the annoying and ridiculous ways racism is expressed in their workplace. Nguyen’s omnipresent dry humor lightens this aspect, much as it does the grief plot. “I don’t like reading total bummers of a book,” he confesses.

New Waves is anything but, thick with witty asides and ironic plot developments. An anonymous texting service designed for whistleblowers and investigative journalists turns out to be used only by mean teenagers. The conversation of a character in finance is boiled down to “Let me tell you about my Starwood points.” A particularly funny section describes Lucas’ Vietnamese father’s preparations to work at a Japanese steakhouse. (He watches Bruce Lee movies to master the accent, obsessively practices knife tricks, takes the nom de guerre “Sony.”)

Identity as an issue is built into Kevin Nguyen’s name, which is the John Smith of the Vietnamese diaspora. He is not the Kevin Nguyen who wrote the “Which Disney Villain Are You?” quiz—that Kevin Nguyen is an editor at BuzzFeed. He is not one of the Southern California party boys who are the target of a popular Kevin Nguyen meme on the internet. Nor is he the bodybuilder, the Dunkin Donuts gift-card thief, or the megachurch pastor. He is, however, the author of an article called “We Need Talk About Kevin Nguyen,” in which he explains that he might as well be called “Kevin Vietnameseperson,” “which would have the added bonus of being easy to pronounce.”

Though Lucas’ last name is not revealed until the last chapter, it turns out to be…Nguyen. While the family is watching a TV show with characters named Kevin and Winnie—the first episode of The Wonder Years—his father reveals that people used to call him “Winnie Nguyen.” He says he kind of liked it, but Lucas thinks they were mocking him.

“Both of you be quiet,” says his mom. “I’m trying to watch the white people.”

All protestations aside, New Waves belongs in an illustrious tradition of semiautobiographical first novels. Now, Nguyen says, he’s working on something very different. We’ll be eager to see it.

Marion Winik is the author of The Big Book of the Dead and reviews regularly for Kirkus, the Washington Post, and other publications.