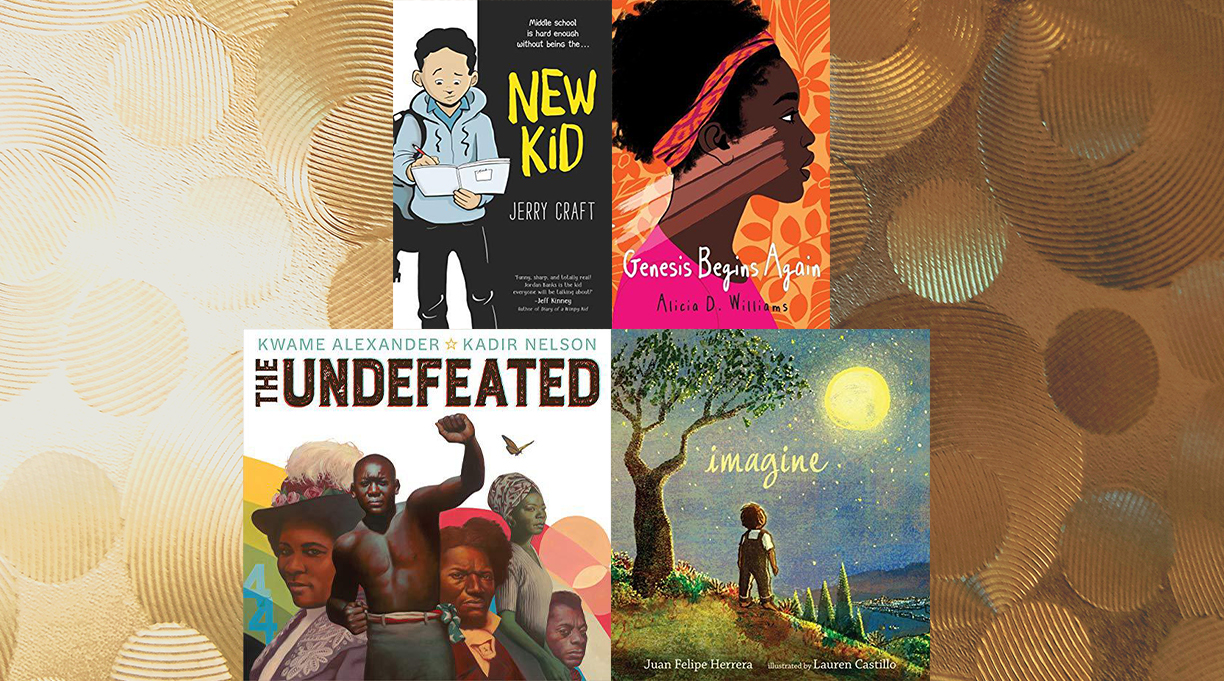 With fall comes book awards season, and here at Kirkus we are on the edges of our seats as we wait to learn which books will be awarded the Kirkus Prize. Six finalists have been named in the Young Readers’ Literature category, determined by two stalwart judges: distinguished educator Pauletta Brown Bracy, professor of library science at North Carolina Central University and recipient of the 2019 Coretta Scott King–Virginia Hamilton Award for Lifetime Achievement, and Kirkus reviewer Hanna Lee, youth services coordinator at First Regional Library in Mississippi. Four of these finalists are children’s books—two picture books and two middle-grade books—while two are YA; my colleague Laura Simeon covers those two in her column.

As I watched the judges winnow and discuss, winnow and discuss, I couldn’t help thinking how hard their job was, as this year produced some truly fantastic books. It would have been impossible for them to go wrong, and I am thrilled with their children’s choices.

Kwame Alexander and Kadir Nelson’s The Undefeated (Versify/HMH Books), one of the picture-book finalists, gives me chills every time I open it. Nelson’s magisterial oil portraits of African Americans throughout history leap off the page—literally, in the case of Jesse Owens, who hurdles forward, his right fist and left foot uncontained by the page margin. They pair perfectly with Alexander’s measured, impassioned poem, which celebrates the indomitability of the African American spirit. “This is for the unforgettable. /The swift and sweet ones / who hurdled history / and opened a world / of possible.” The pages’ stark white throws both words and images into relief, and one breathtaking image-free page, dedicated to “the ones who didn’t” survive America’s cruelty, delivers a gut punch.

If The Undefeated gives me chills, Juan Felipe Herrera and Lauren Castillo’s Imagine (Candlewick) warms me to the core. It’s another picture-book poem of possibility that shows how this Mexican American migrant farmworkers’ son became U.S. poet laureate. It’s a syntactically complicated syllogism that nevertheless rolls beautifully as a read-aloud, each “if” statement punctuated by an “imagine”: “If I opened / my classroom’s wooden door / not knowing how to read / or / speak in English, / imagine,” leading to the final exhortation: “imagine what you could do.” Castillo uses ink and printmaking to depict the scenes Herrera evinces, her Southwestern palette of ochre, teal, and brown giving them a coziness that reinforces the intimacy of Herrera’s direct address.

Jerry Craft’s New Kid (Harper/HarperCollins) invites readers to come along on scholarship kid Jordan Banks’ seventh grade year at a snooty New York City prep school. Equal parts painful and hilarious, the graphic novel nails Jordan’s acute discomfort as one of the few African American students among both peers and teachers who see him primarily through the lens of stereotype. Craft’s illustrations, ably abetted by Jim Callahan’s colors, take full advantage of the form, interleaving Jordan’s story with his own cartoons—he’s an aspiring artist—and artfully flirting with the surreal to communicate Jordan’s feelings. One running joke in which Jordan and fellow African American classmate Drew playfully cope with white teachers’ inability to see black students as individuals is sheer brilliance.

Genesis Begins Again (Caitlyn Dlouhy/Atheneum) by Alicia D. Williams also finds its protagonist the new kid in school. Genesis and her mother are astonished when, after their most recent eviction, Dad moves them from Detroit into a single-family home in suburban Farmington Hills, where she is one of just a few black students. Williams tenderly sketches a dysfunctional family headed by a primary-breadwinner mom and a dad whose alcoholism is a constant source of trauma. That readers see Genesis’ love for her father as well as her fear speaks to debut author Williams’ sensitivity and skill. But Genesis’ most constant concern is her dark skin, which has made her a target of derision both among her peers and within her own family. Watching Genesis find a way to love herself and to live up to her name will open up readers’ hearts to her, and they’ll be rooting for her all the way.

Award-winning author Mitali Perkins will be joining Pauletta and Hanna in Austin on Oct. 24 to determine the winner. I can’t wait—and I’m so glad I don’t have to choose.